The actress was spotted at Mumbai airport.

The actress was spotted leaving for Iceland to start with her film’s next schedule. Dressed in black and cream brown combo, Amyra looked as pretty as ever. 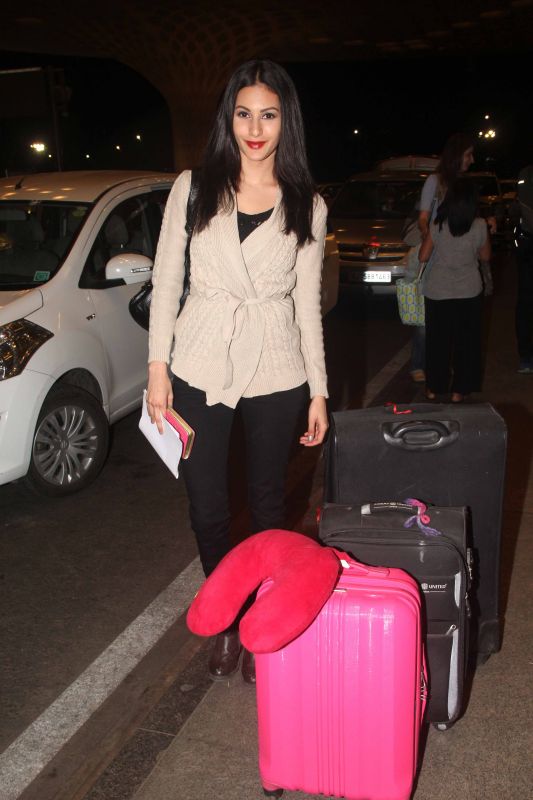 The actress was spotted at Mumbai airport.

The actress is having extreme fun shooting with International sensation Jackie Chan. Just few days back, Amyra had spoken to DC about her film. “Jackie is like a kid on the sets. He used to stand and observe me when he wasn’t shooting. He used to correct me if I did a few acts wrong,” Amyra had said.

Also read: Jackie is like a kid on the sets: Amyra Dastur

In the film, we’ll see the actress performing some amazing action sequences.

Priya is a torchbearer for Sanju