Jackie Chan meets Salman Khan and the two are absolutely adorable together!

The two superstars seem to be bonding really well.

Mumbai: After much speculation, Jackie Chan has met Salman Khan. 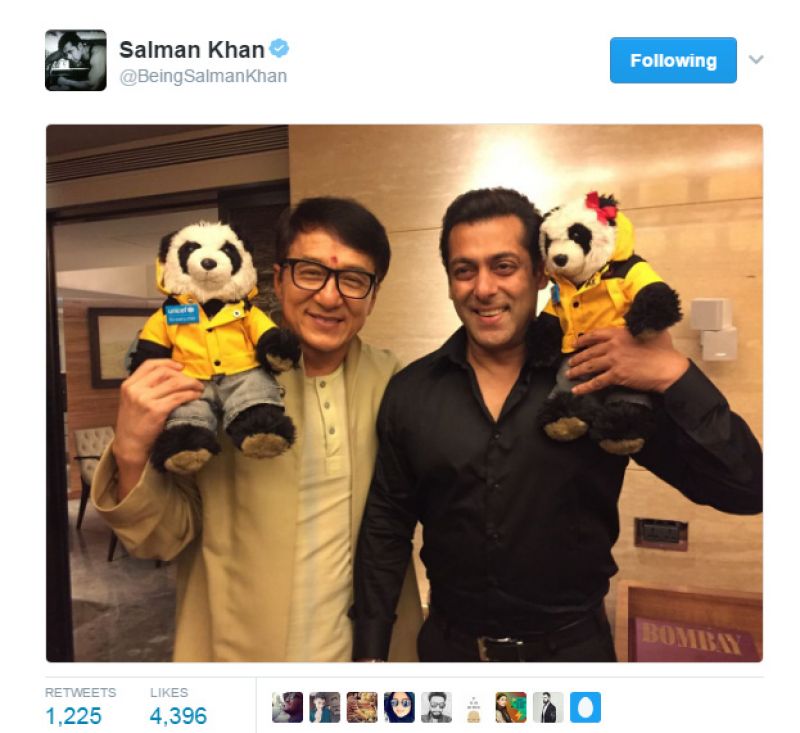 Jackie arrived in Mumbai today to promote his upcoming film, ‘Kung Fu Yoga’. The actor has worked in several Hollywood movies and was recently awarded an honorary Oscar for his “extraordinary achievements” in film at the 8th Annual Governors Awards ceremony.

A source close to the development had said, “Jackie’s co-star Sonu Sood is close to Salman (they worked together in Dabangg) and it was he who arranged for this meeting between the two stars. Jackie will have a press conference in the afternoon and host a small, intimate dinner for some select people."

The source had further added, "He won’t have time to meet many people, but he is keen on meeting Salman during his stay here. Sonu has spoken a lot about Salman’s superstar status in India and his charity work and the action star expressed a desire to meet him. Though Salman is shooting for Kabir Khan’s Tubelight, he plans to meet Jackie at an Asian bar and restaurant at JW Marriott, where the star is staying."