Mumbai: Sonakshi Sinha has had interesting films in 2016, including AR Murugadoss' 'Akira,' and Abhinay Deo's 'Force 2'. The actress, however, will be seen in another female-centric film, 'Noor,' in 2017.

The film, now has a release date. The actress took to Instagram to share the official release date of the film. 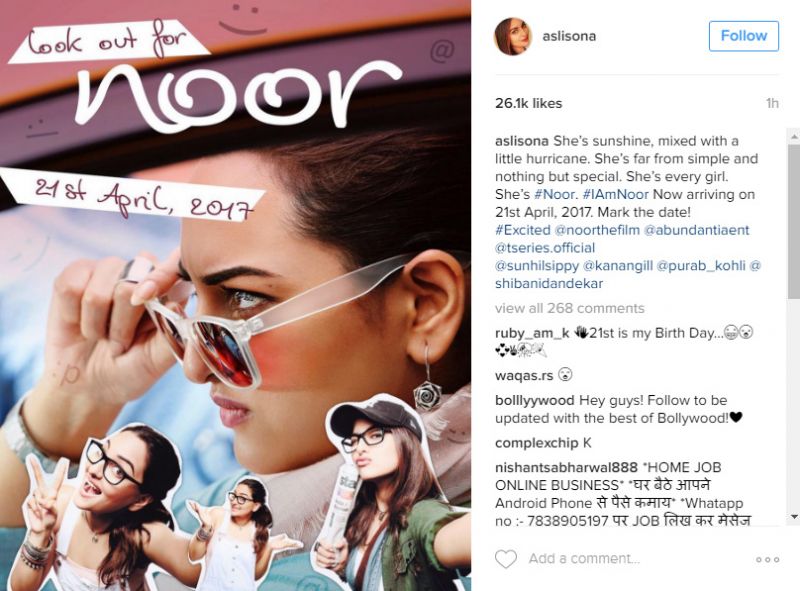 Sonakshi had also excelled in 'Akira,' another female centric film, with dollops of potboiler action.

It remains to be seen how well she portrays the character in the slice-of-life drama. There had also been reports of a rift between lead actors Purab and Kanan, initially. However, the film has been racing towards the finishing line despite of all hassles.

■Ranbir, Gauri Khan, Sonakshi and others at Ambani's star-studded bash
■Sonakshi and Arjun stranded in an island? Hear what she feels about that prospect
■It’s a great time to be a woman in B-town: Sonakshi Sinha
■Watch: 12-year-old Sonakshi is absolutely shy while honouring Karan Johar