Gul Panag on the airstrip, in uniform

Gul Panag was never the quintessential beauty pageant winner. Her work and interests transcended boundaries. Since her stint as Miss India (1999) she has pursued modelling, acting, politics and even business while nurturing all along, her love for travel. Her latest badge of pride is the licence to fly. Gul is now a certified hobby pilot — a dream she cherished since she was a little girl.

“It was always one of my bucket list items to be a hobby pilot and it was a conscious decision to strike it off this year. I wrote the exams, cleared my solo flying test and will be getting the license by Directorate General of Civil Aviation (DGCA) soon,” she beams.

Between her entrepreneurial ventures and acting projects, Gul decided to balance her time and dedicate herself completely towards her goal. 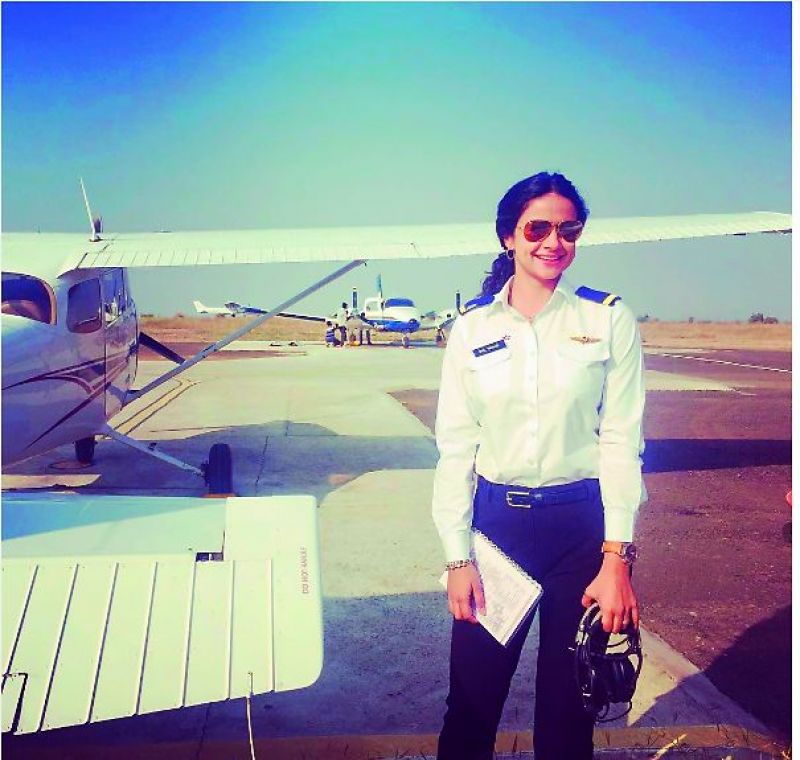 “You don’t get your PPL (Private Pilots License) without 20 hours of solo flying. My last flight was an exam where the captain checked all the necessary tests and I was deemed fit to hold the license. It was an amazing experience,” says Gul who was enrolled at Chimes Aviation Academy in Madhya Pradesh for a five weeks course in flying. “It’s all about prioritising what you want to do and diligently following it. It was a five weeks course and I made sure I complete it. It’s important to compartmentalise your priorities, only then you will be able to achieve what you want,” she adds.

Gul’s streak for adventure is not new; everyone remembers her as the bullet-riding bride, who made a roaring entry at her own wedding. Her next adventure is to now fly with her husband, Rishi Attari, who also happens to be a pilot. “I want him to be the first person I take on my flight. I’m really excited about it. Rishi is a commercial pilot. My license won’t allow me to fly for remuneration or take commercial flights, I can only fly private planes. Which means I won’t be able to be his co-pilot but we definitely plan to take a small trip from Sagar (MP) to Khajuraho,” she says.

A self-confessed adrenaline junkie, about two years ago, Gul had a go-anywhere vehicle built named Super Milo. It was a modified Scorpio Getaway that she used to take on treacherous roads in the Indian Himalayas and on her recent trip with her sister to the North East. The latter has been documented and will be shown on Discovery Channel in a few months. “Travel tends to open horizons and widens your perspective. You think bigger and wider unlike the times when there are blinkers attached to your eyes and your thinking is limited; it helps you lead a more fulfilling life,” she asserts.

Now that she can fly her own plane, are there any plans of buying one? “The idea is to get along with like-minded people and buy a plane. Since I can’t fly planes commercially, I plan to pool in all the resources and make a club for hobby pilots in India. I also want to learn to drive a truck next,” she beams.