Kartik Aaryan, Janhvi Kapoor, Lakshya get goofy as they start prepping for Dostana 2

Dostana 2 will feature Kartik along with Dhadak fame Janhvi Kapoor and newbie Lakshya in the pivotal roles.

Mumbai: Bollywood’s heartthrob Kartik Aaryan, who is making to the headlines for all the good reasons, have started prepping up for Dharma Productions’ Dostana 2. The news of Kartik signing Karan Johar’s film was out a while back and the announcement literally took the Internet by storm.

Dostana 2 will feature Kartik along with Dhadak fame Janhvi Kapoor and newbie Lakshya in the pivotal roles. This will be the first time Kartik & Janhvi will be sharing the screen together. 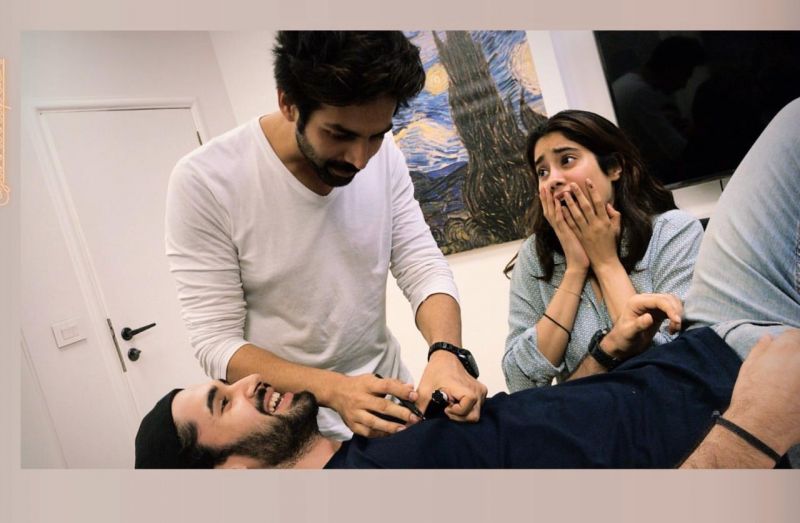 Well, the picture is just making us all curious and we can’t really wait to see Kartik & team’s magic in the film.

Dostana 2 is all set to release in 2020. It is a sequel to 2008’s Dostana which starred Priyanka Chopra, John Abraham and Abhishek Bachchan in the lead roles. The film was helmed by Tarun Mansukhani.

On the work front, Kartik has super busy days ahead as he is currently gearing up for Pati Patni Aur Woh with Bhumi Pednekar and Ananya Panday. He also has Aaj Kal with Sara Ali Khan and Bhool Bhulaiyaa 2 with Kiara Advani. Most definitely, Kartik is on a ROLL!