DECCAN CHRONICLE. | ANUPAMA SUBRAMANIAN
Published Jun 22, 2018, 3:10 am IST
Updated Jun 22, 2018, 12:31 pm IST
Shruti Haasan moves away from the camera to create some behind-the-scenes magic as a producer for The Mosquito Philosophy.

Shruti Haasan has made a name for herself without taking her illustrious father’s help. Now, the multi-talented actress has started her own production house — Isidro Media — and is committed to making interesting, edgy and quality content. As a first step, Shruti is set to produce and present The Mosquito Philosophy, which is the latest work of director Jayaprakash Radhakrishnan of Lens fame. His film Lens had dealt with the subject of voyeurism and created a tremendous buzz.

Talking about the film, Jayaprakash says, “Though it is in Tamil, the film’s story has universal appeal with a very real scenario at its core. True to the Danish ‘Dogme 95 genre’, the film is shot with a basic storyline, has no scripted dialogues and bare minimum equipment and crew to ensure the most real showcase of life is replicated on screen. The Mosquito Philosophy, born out of the quest to showcase a real-life and real-time narrative, is an interrogation of a society caught between the throes of tradition and modernity, seen through the story of four friends. The film is defined by the idea of minimalism, basic filmmaking and storytelling techniques.” 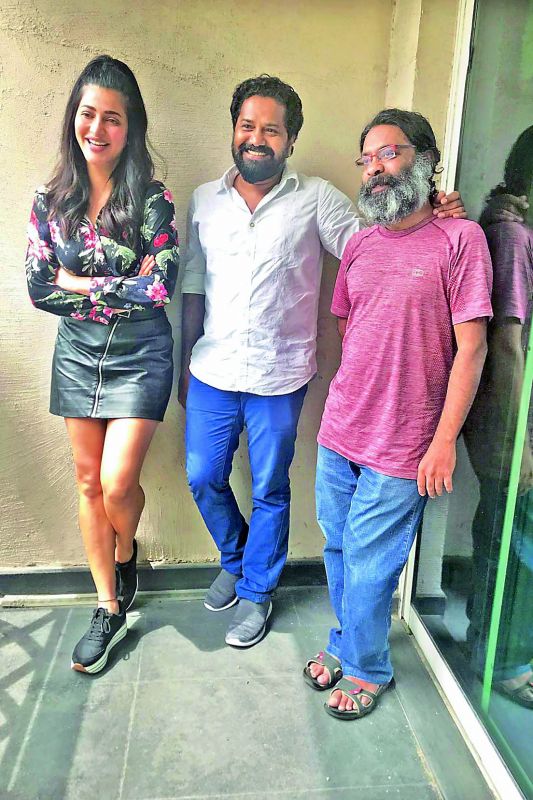 The Mosquito Philosophy portrays a society caught in between tradition and modernity.

So, how did he land up with Isidro Media? “It’s almost surreal when I think of how this happened. One minute I was talking to Sarikaji about life in general and this film and the next thing I know, Isidro Media comes on board to present my film. I’m so happy to have partnered with a team that believes in my talent and my vision.”

Shruti is equally excited. She said, “Isidro wants to present quality content across various formats as long as they further the creative process. We want to make it possible for people to experience world class storytelling. When we saw Mosquito Philosophy after having seen JP’s earlier work,  we knew we had found the right person to associate with. He has a very edgy vision to creatively showcase even the simplest of stories. It’s fantastic to work with someone who is courageous in offering new content that challenges conventional thinking. We hope this is the start of a long-term working relationship.”