Shah Rukh even pulled his own bag as he hurried through the station.

Bollywood’s badshah Shah Rukh Khan, who has gained international recognition and a large fan following over the years, had a rather ‘grounding’ moment at the London’s Charing Cross station. The superstar, who flew to London to attend his son’s graduation ceremony, walked across the station completely unrecognised.

Shah Rukh and Garui along with their trusted bodyguard walked through the station to their waiting car, without being stopped by fans or paparazzi. Shah Rukh and his bodyguard pulled the large suitcases and even loaded their own car.

We managed to get in touch with the fan at the station, who says he was the only one clicking SRK’s pics as he walked by. When asked if Shah Rukh just waltz through the station unrecognised, Kumar said, “Yes I was surprised too. I thought he would get scooped by fans and paparazzi. But no, I was the only one taking pictures literally. They left very quickly though most people wouldn't have noticed.” 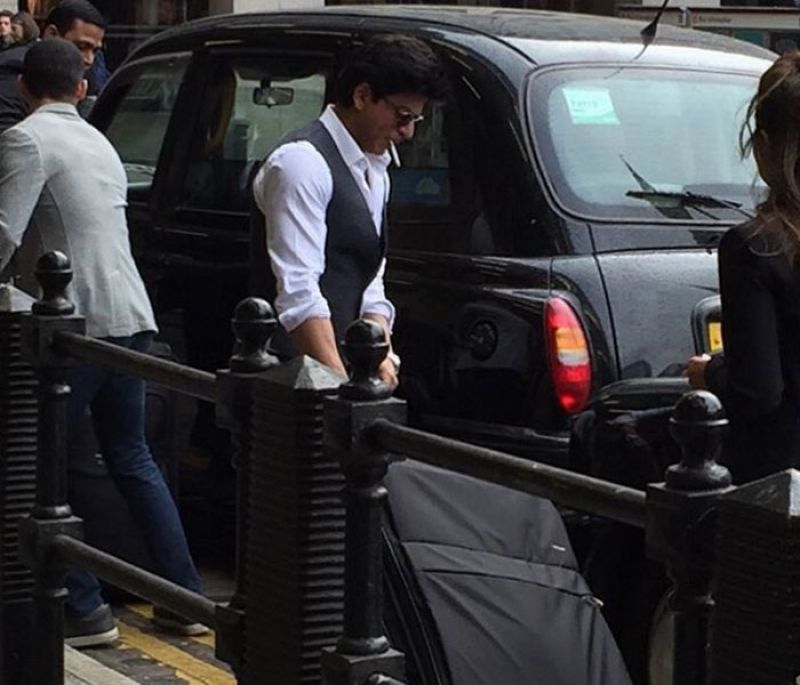 According to Kumar, Gauri helped Shah Rukh load thier bags into the car dicky.

Now that's something you don't get to see too often.

Aryan Khan gets cosy with mystery girl at graduation bash

Of everything I have done, this is what I am most proud of: SRK on theme park