DECCAN CHRONICLE.
Published Feb 22, 2019, 12:59 pm IST
Updated Feb 22, 2019, 1:18 pm IST
The trailer of Kesari which released today received a shout out from Abhimanyu Dasani as he praised the makers for the conviction.

Mumbai: Abhimanyu Dasani who is all set to set his feet in Bollywood with the globally appreciated Mard Ko Dard Nahi Hota posted a cheeky comment on Kesari as the trailer hit the screens on The same day as the former.

The trailer of Kesari which released today received a shout out from Abhimanyu Dasani as he praised the makers for the conviction. In another post, Abhimanyu shared a picture from the Kesari trailer passing a comment from his own film.

While the debutant is set to lock horns with the mighty Kesari which not only stars the Superstar Akshay Kumar but is also backed by the powerhouse production of Dharma, Abhimanyu Dasani is extremely excited to watch Kesari. 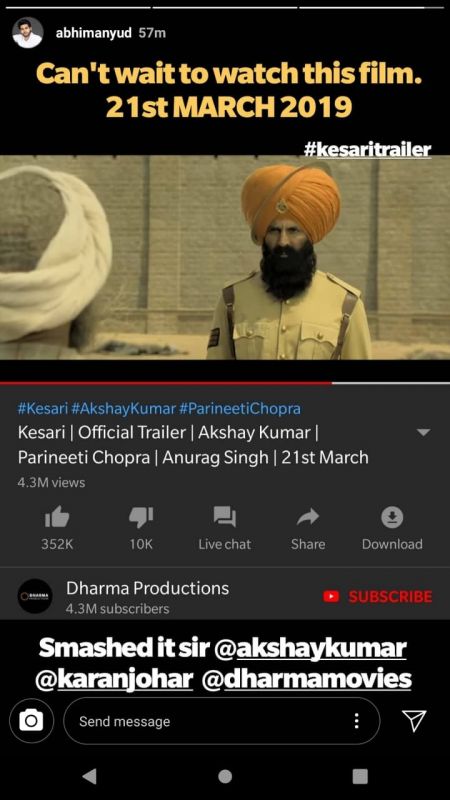 The young actor shows no hint of insecurity and is very confident about his film which has been winning accolades at international film festivals. 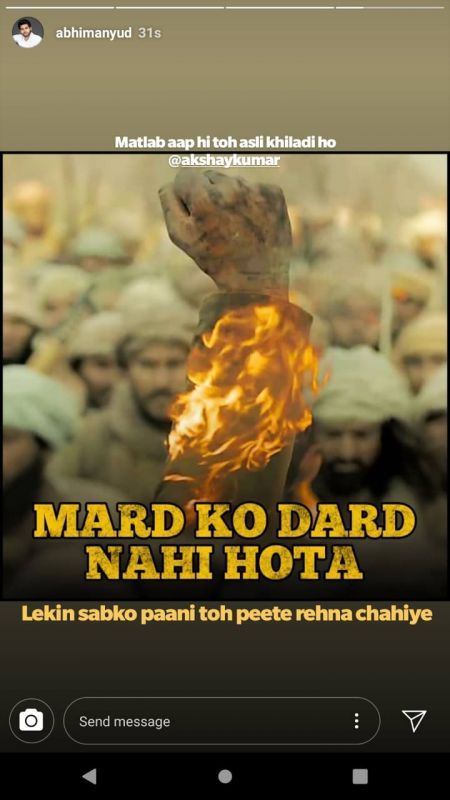 Showcasing the unusual tale of a boy suffering from a rare disease which makes him immune to pain, the Ronnie Screwvala production has generated immense buzz amongst the cine goers.

The film revolves around a man with congenital insensitivity to pain, hence the title. It's English title is "The Man Who Feels No Pain".