AbRam is promoting dad Shah Rukh Khan's Raees in the most quirky way!

Mumbai: Shah Rukh Khan is often seen sharing pictures of his younger son, AbRam on social media. The actor who is busy promoting his upcoming flick, 'Raees', took to twitter to share another adorable picture of his son.

AbRam can be seen wearing 3D glasses in the monochrome picture, which is accompanied by a caption that reads, "And Bola Na “Battery Nahi Bolne Ka…”" Incidentally, this is one of the many popular dialogues from the movie. 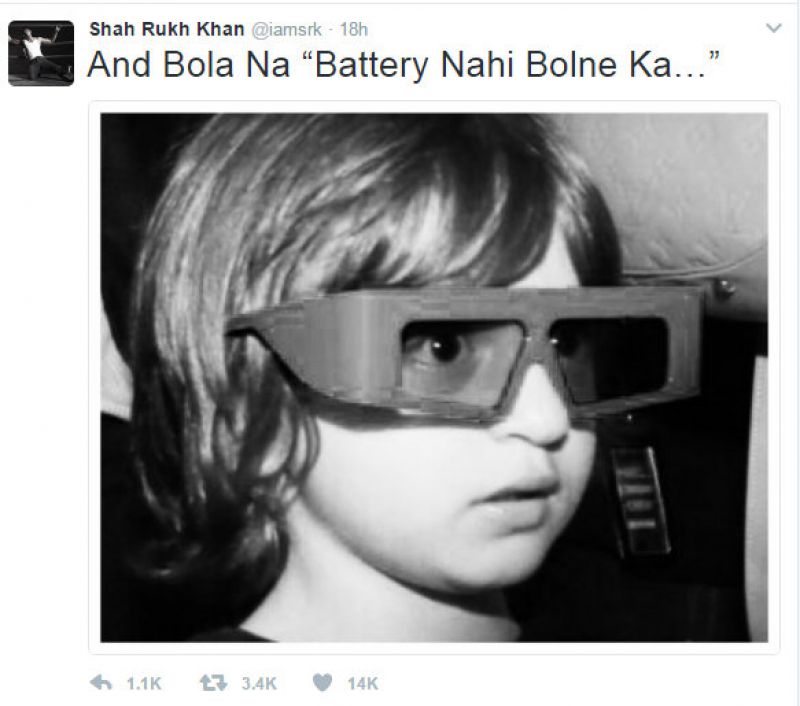 This has to the cutest thumbs-up Raees could get from its fan. Shah Rukh Khan also shared a picture of himself posing in 3D glasses. 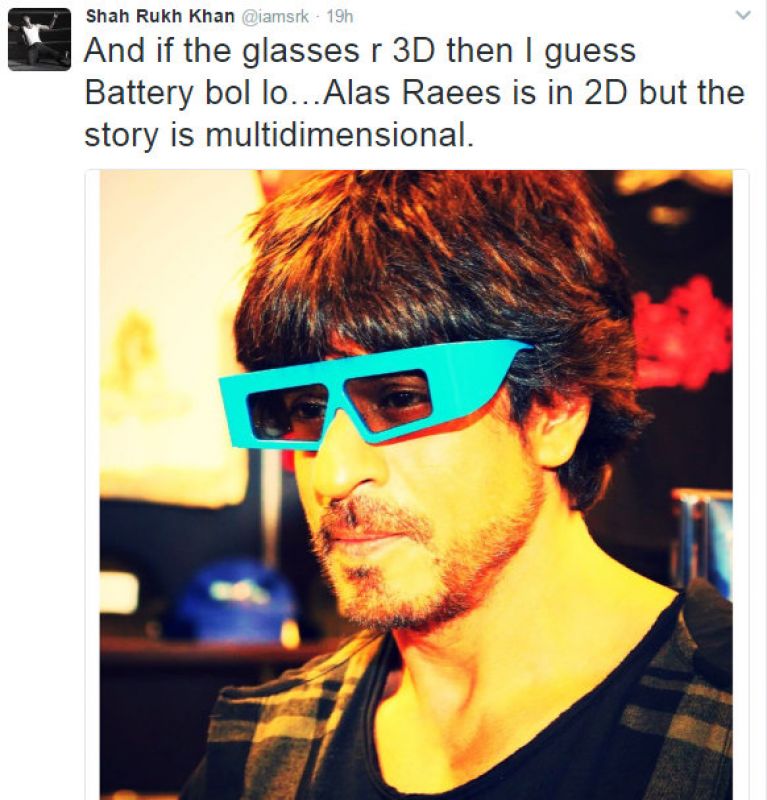 Shah Rukh Khan's 'Raees' is set for a big box office clash with Hrithik Roshan, Yami Gautam-starrer 'Kaabil. Set against the backdrop of Gujarat, the gangster film touches upon the way alcohol industry crumbled and several illegal activities cropped up in the region. The  movie releases on January 25.