Mumbai: The Global Citizen concert saw the who’s who of Bollywood performing along with the likes of international stars like Coldplay, Jay Z, among others.

But the fun and enjoyment was not restricted to the stage and even carried on backstage. Ranveer Singh, Arjun Kapoor, Varun Dhawan, Karan Johar, Aditya Roy Kapur, Rana Daggubati, Anupam Kher were seen bonding behind the stage. The stars later took to Twitter and Instagram to share pictures of their moments.

In one of the pictures, we see Ranveer, Varun and Arjun bonding with Kher and Kher even taking to Twitter to post pictures of his popular Dr. Dang character's poster in Arjun’s vanity van. 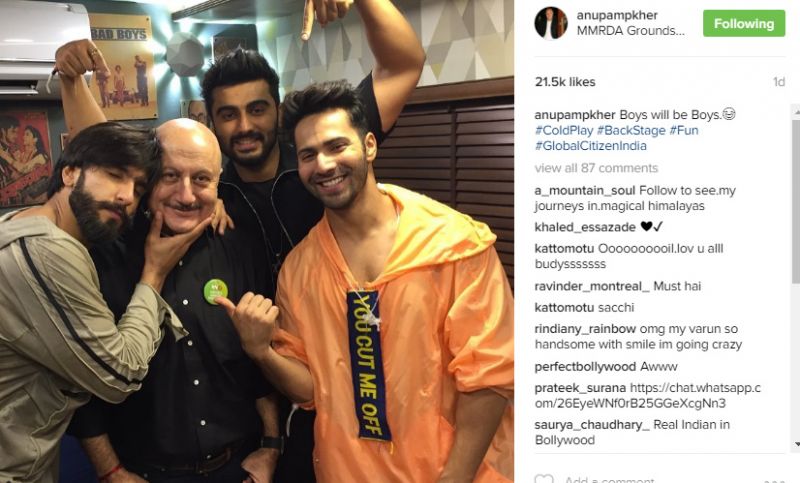 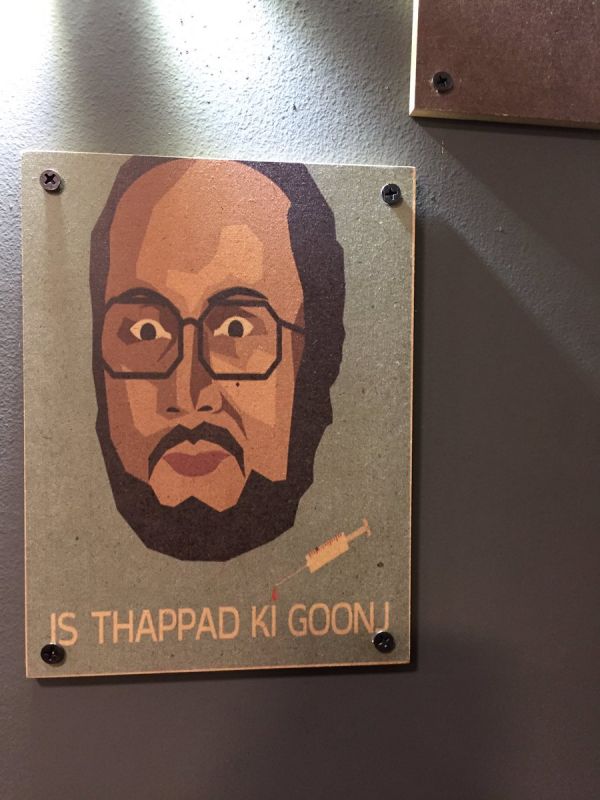 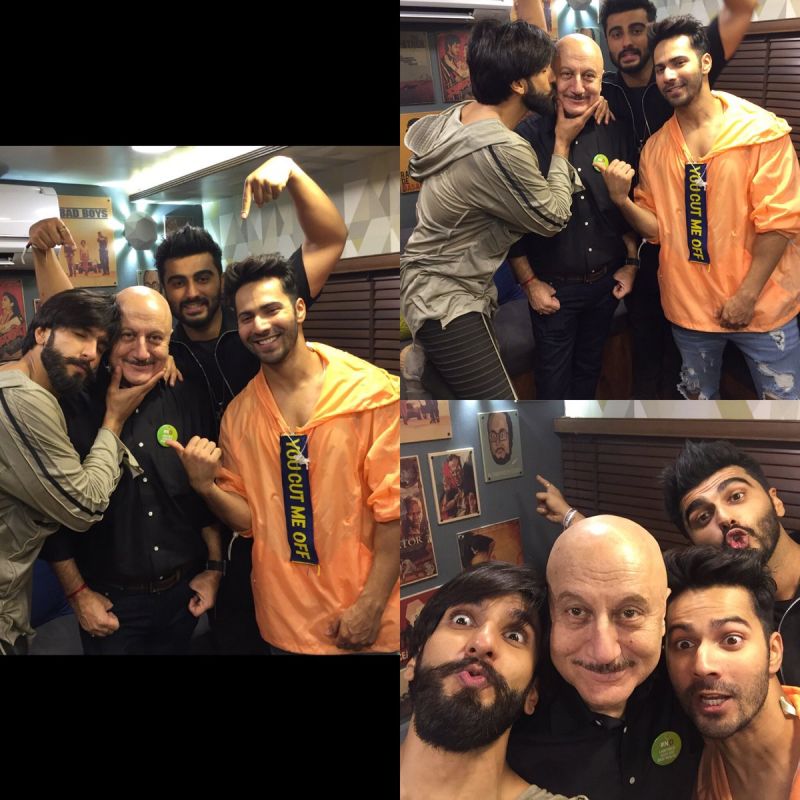 While another picture saw Arjun, Karan, Aditya and Rana posing for a selfie. Considering the stubble that the three actors were sporting, Karan smartly gave it the hashtag #noshavenovember. 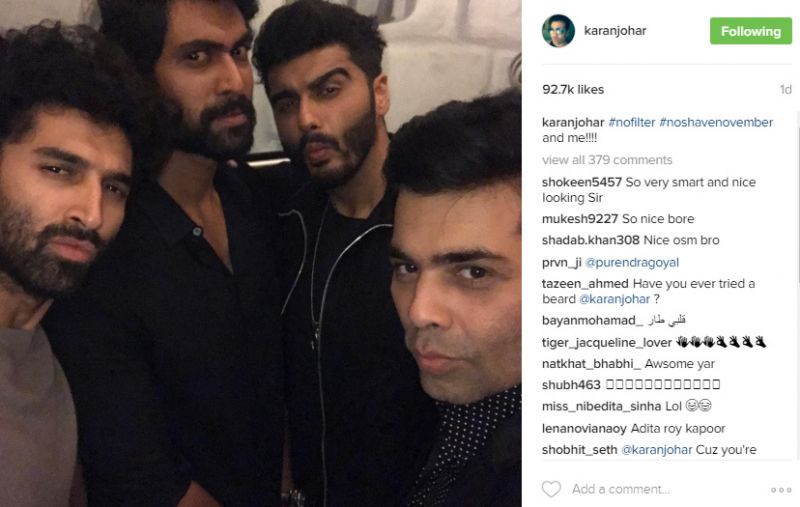 Too much bromance on display!