Mumbai: After evoking patriotism through hisrecent releases 'Baby', 'Airlift' and 'Rustom', Akshay Kumar is now set to feature in a story about India's first Olympic medal post independence, in a film titled 'Gold'.

The film, to be helmed by Reema Kagti, is an Excel Entertainment production.

"Set in 1948, the historic story of India's first Olympic medal as a free nation, #GOLD coming to you on 15th August, 2018!" Akshay tweeted, making the revelation about the film. 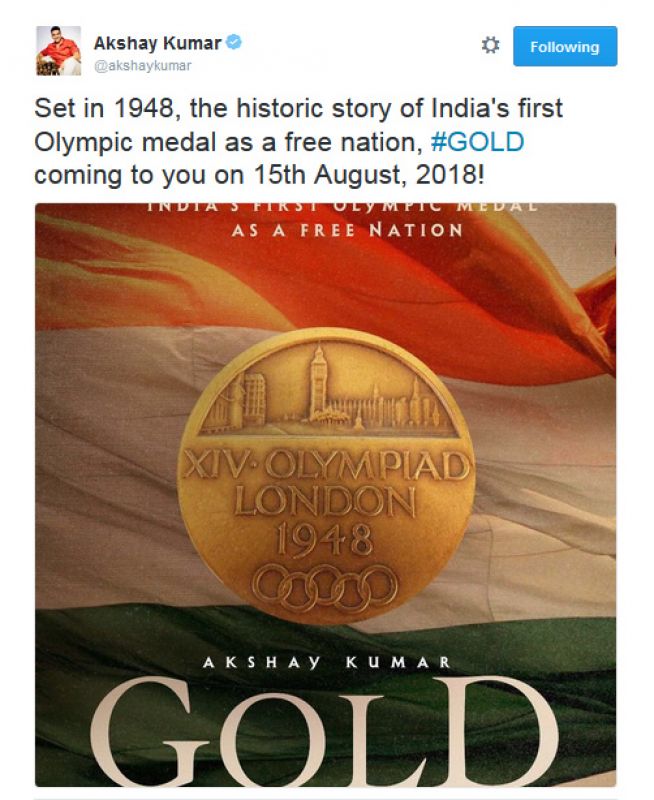