Mumbai: Priyanka Chopra, who recently turned 37, is getting trolled for smoking a cigarette on a yacht in Miami. A picture of PeeCee smoking cigarette has gone viral on social media in which her mom Madhu Chopra and husband Nick Jonas can be seen smoking cigars with her.

The picture has caught everyone's attention as netizens started trolling 'Bajirao Mastani' actor for the same. 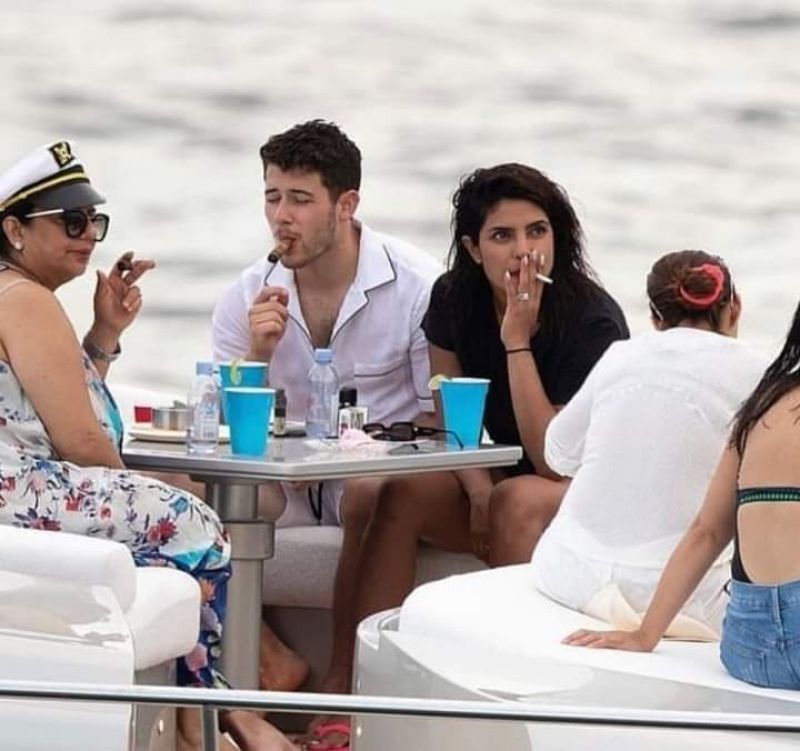 For those who are uninitiated, Priyanka had released a video last year and urged people not to burn firecrackers on Diwali. The actress had said in the clip, "Please meri saans ko berok rakhiye. Diwali pe patakho ko skip kijiye." Apart from that, the actor had also revealed that she is an asthmatic. "Those who know me well know that I'm an asthmatic. I mean, what's to hide? I knew that I had to control my asthma before it controlled me. As long as I've got my inhaler, asthma can't stop me from achieving my goals and living a 'Berok Zindagi'," she tweeted.

Meanwhile, on the work front, Priyanka Chopra will next be seen opposite Farhan Akhtar and Zaira Wasim in Shonali Bose's next directorial project, The Sky Is Pink.