With 'Zero', Shah Rukh Khan once again proves he is a marketing genius

Mumbai: Bollywood superstar Shah Rukh Khan's forthcoming film 'Zero' has received a record-breaking 100 million views on its trailer in less than four days across all platforms.

While the film is upping its game with all its record-breaking firsts, the fans are pumped up to know what’s next. 'Zero' launches its very own sticker pack on a popular chatting App, WhatsApp.

Can't get enough of Bauua? So add that Bauuaness to every conversation!
Download the #ZeroWhatsappStickers pack from the Play Store now and talk the language of Bauua Singh!https://t.co/2lLjys1VQK@iamsrk @AnushkaSharma #KatrinaKaif @aanandlrai @cypplOfficial pic.twitter.com/ExObJOSGmH 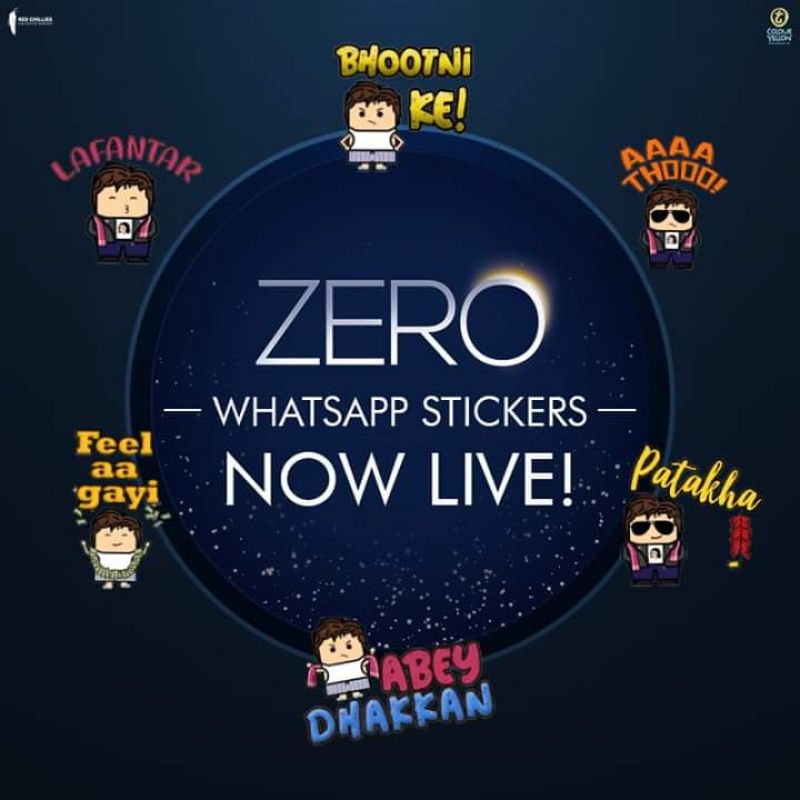 Bauua Singh, SRK's character in the film, has bagged a special place in the hearts of his fans with his happy go lucky attitude and quirky 'patakha' dialogues. And here he is, all set to take over the WhatsApp conversations with stickers full of Bauua emotions! Interestingly, 'Zero' becomes the first ever Indian Film to launch the WhatsApp sticker pack.

Well, Shah Rukh has never been the conventional sort, and with his new film, he’s hardly settling for any less.

Red Chillies Entertainment and Colour Yellow Productions come together to bring Zero. Produced by Gauri Khan, and starring Anushka Sharma, Katrina Kaif and Shah Rukh Khan in the lead roles, the Aanand L Rai directorial is all set to release on 21st December 2018.