Throwback: Videos of 'Newcomers' Salman-Aamir dancing give you goosebumps

Screengrabs from the videos.

Mumbai: While one has stood the test of time, the other two have already re-written the rules of stardom.

But, circa 1990, Aamir Khan and Salman Khan were emerging newbies, while Amitabh Bachchan was at the peak of stardom. This was when the two youngsters had toured with the megastar to London. 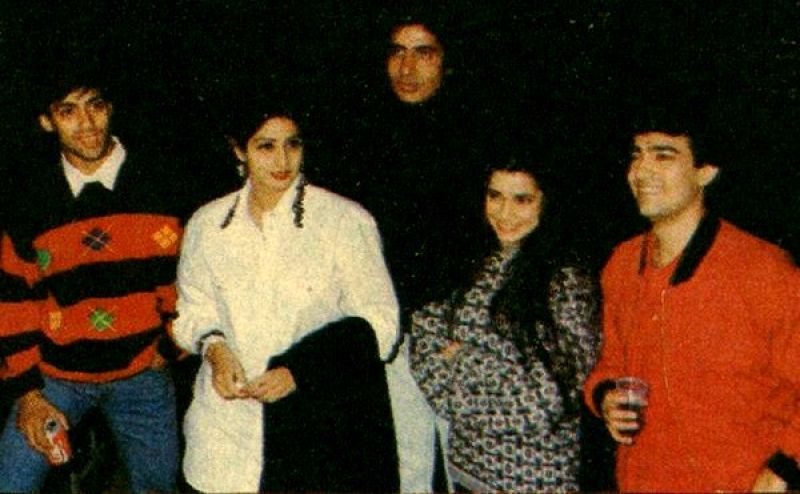 The 'Jhumma Chumma Tour,' also had Sridevi, who herself had peaked by then, but the adorably young stars steal the show, with their exuberant vigour and rustic appeal.

Amitabh Bachchan, who'd later go on to star with Salman Khan in three films over two decades, he will be collaborating with Aamir Khan for the first time in 'Thugs of Hindostan'.

While Aamir had sensationally shunned all award shows as well as stage performances, this was one of those rare moments when he had taken to the stage.

Salman is bursting with the kind of energy that millennials have come to associate with Ranveer Singh.

■Shah Rukh Khan gives Salman Khan’s show a miss
■Iulia Vantur confirms that she has no plans of marrying Salman Khan
■Watch: Aamir Khan cracks up when he hears ‘Haanikaarak Bapu’ for first time
■Aamir calls his dream of becoming an actor ‘a rebellious act’