‘Dangal’ is my wedding gift to Geeta Phogat: Aamir Khan

Mumbai: International wrestler Geeta Phogat’s wedding turned out to be a star-studded event in her life. Aamir Khan, who plays the role of her father Mahavir Singh Phogat in the to-release film ‘Dangal’, attended her wedding today along with Sakshi Tanwar, who is seen as their mother in the film. 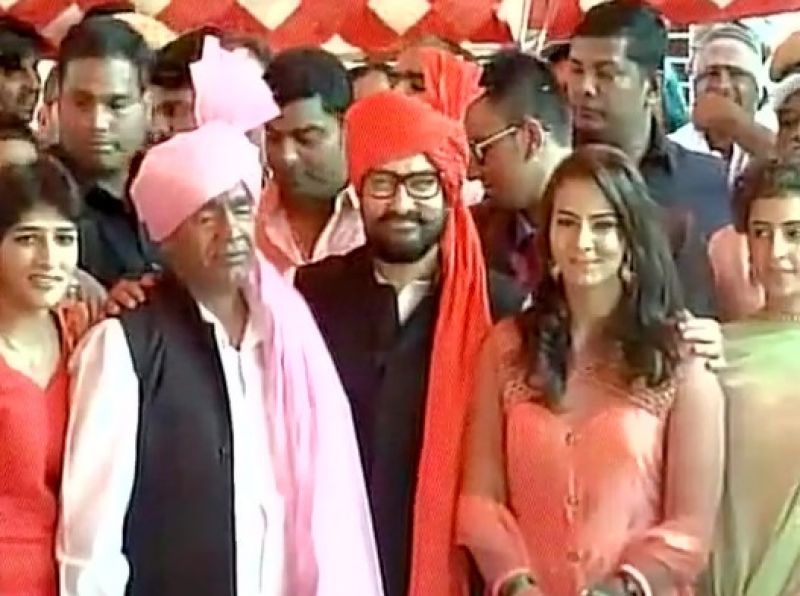 For a small village like Bilali, this is a day the villagers will remember for ages. Although the Phogat house was beyond reach, one could see people standing on the terrace of their houses trying to catch a glimpse of their favourite superstar. Aamir, who got close to the Phogats after he started preparing for his role as Mahavir Singh Phogat, was present for the rituals amid high security. 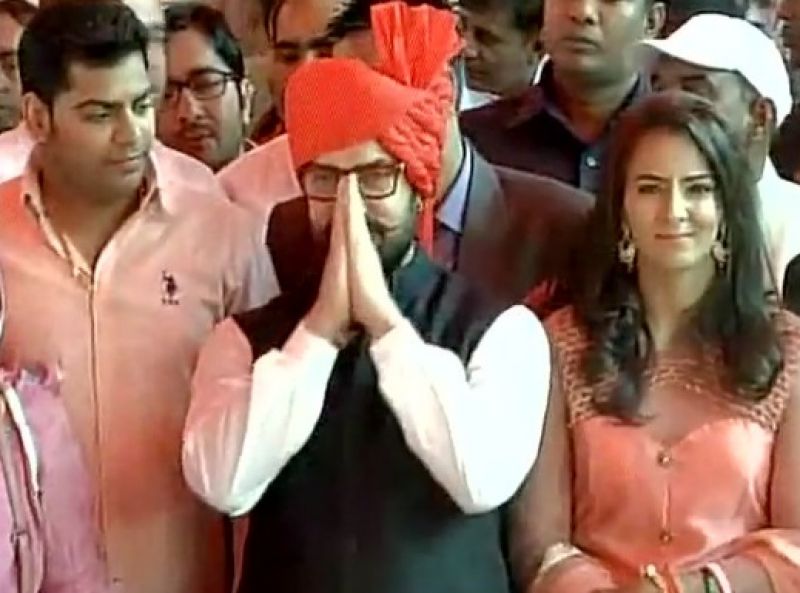 When asked if he had presented the bride her wedding lehenga, the actor reportedly said, “I was about to bring one for her but I later got to know that her mama (maternal uncle) is supposed to get it. But my film Dangal is my gift to her and I wish her all the best in life.” 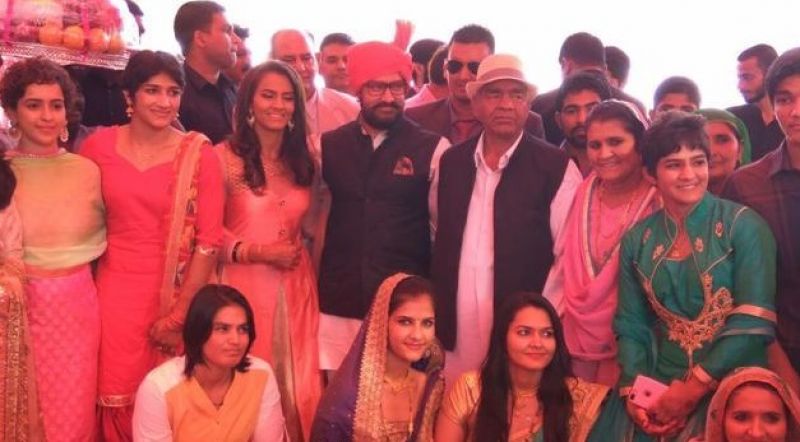 'Dangal' will hit the theatres on December 23. Directed by Nitesh Tiwari, the film tells the story of Mahavir Phogat who teaches wrestling to his two daughters Babita Kumari and Geeta Phogat.