Mumbai: Raveena Tandon joins the long list of celebs in doing the #BalaChallenge from the Akshay Kumar starrer Housefull 4.

It doesn't take long for India to pick up on new trends and the latest one adding to the list of viral trends is none other than the #BalaChallenge. Inspired by the song "Shaitan Ka Sala' from the Akshay Kumar starrer Housefull 4, the Bala challenge has created a frenzy that has never been seen before.

The nation as a whole is grooving to the quirky song and people are uploading videos of themselves doing the signature step across social media platforms. This trend is just limited to fans but a multitude of celebrities are also taking up the challenge. Soon as the song was released, various celebs like Ayushmann Khurrana, Varun Dhawan,  Arjun Kapoor, Siddhant Chaturvedi,  Kareena Kapoor, and Kiara Advani have contributed to what is possibly the biggest social media ever trend in India, and recently, Raveena Tandon who happens to be an ex-flame of Akshay Kumar also did the #BalaChallenge on the sets of Nach Baliye 9 where she is one of the three judges. 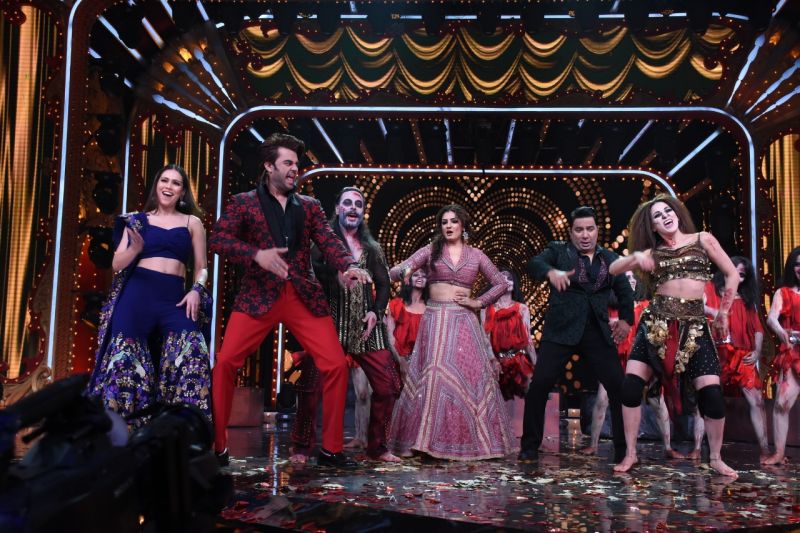 Needless to say, nobody is spared from the viral #BalaChallenge, even exes and as it happens, Raveena Tandon's show is also based on the concept of exes.