Amitabh Bachchan 'Pink' has done well both critically and commercially.

Mumbai: Amitabh Bachan played an aggressive lawyer in his film ‘Pink’, defending the girls, played by Taapsee Pannu, Kirti Kulhari and Andrea Tariang, trying to get justice for them against the sexual harassment that they face. While the film raised the issue brilliantly, the megastar is still trying to draw attention to the menace of sexual harassment faced by girls in real life.

Buoyed by the tremendous critical acclaim and box office success, Bachchan shared a few incidents related to the film, through his tweets. He also tweeted about how Taapsee faced sexual harassment.

In an interview with DC, Taapsee had spoken about how every girl is eve-teased, mocked or targeted in Delhi, when she used to live in the city and how once she had saved a young girl from being eye-teased while giving the offenders a fierce stare.

Bachchan also shared how a female journalist broke down in tears after watching the film and also said that women are angry after facing these situations regularly. 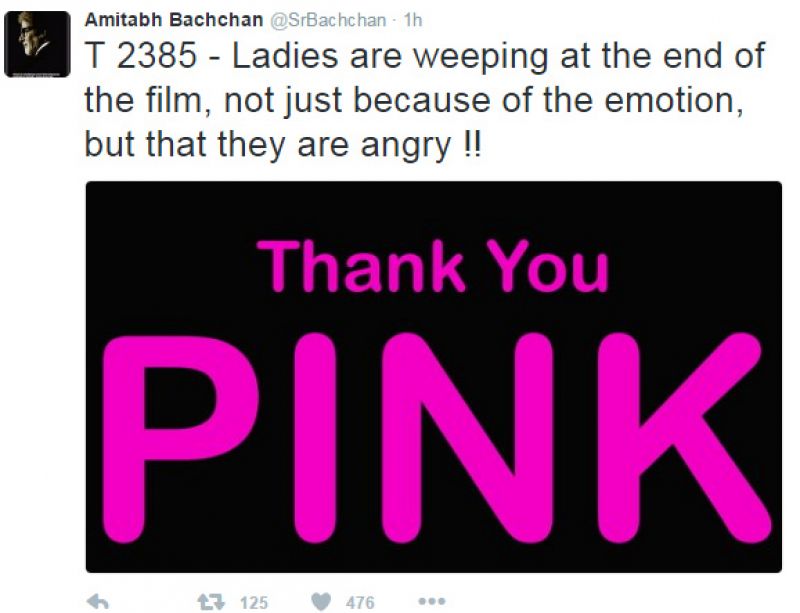 He also emphasized that the film has now created a movement and is no longer just a film.