'Tubelight' is slated to release during Eid next year.

Mumbai: After delivering a big success with his last film ‘Sultan’, Salman Khan has moved on to shooting ‘Tubelight’ directed by Kabir Khan. After wrapping up a schedule in Ladakh, the actor is currently shooting for the next schedule in Manali.

Several pictures of him did the rounds when he landed in the hilly town, while he got felicitated and also while shooting dressed in a sweater. The most recent picture of him, with boots hanging on him and playing with his nephew Ahil, was also loved on social media.

There are reports that Salman will be shooting in Manali for a four-week schedule and that is perhaps the reason he decided to take a break amid the shooting. The superstar was snapped as he was gearing up to explore river rafting and entering the water. The pictures were shared on Instagram. 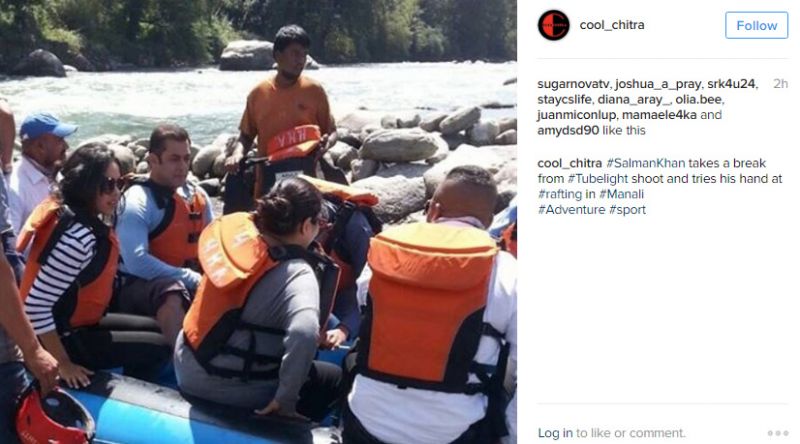 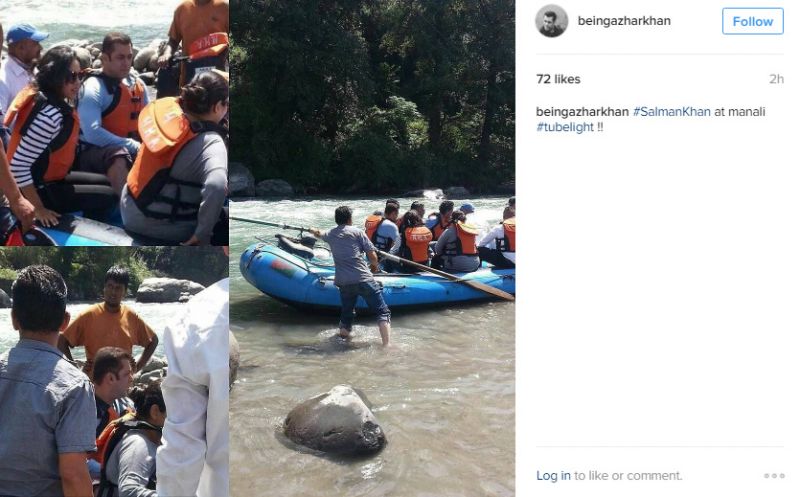 Salman’s fans would, however, hope for some visuals from this adventure to somehow be fitted into the script. ‘Tubelight’ also starring Zhu Zhu and Sohail Khan, sees Salman in the role of a soldier and the film is reportedly based in the backdrop of the 1962 India-China war.