Ajay Devgn has a hand in the making of Ranveer Ching

Mumbai: 'Ranveer Ching' is back in business and he's blown us with his larger-than-life act. 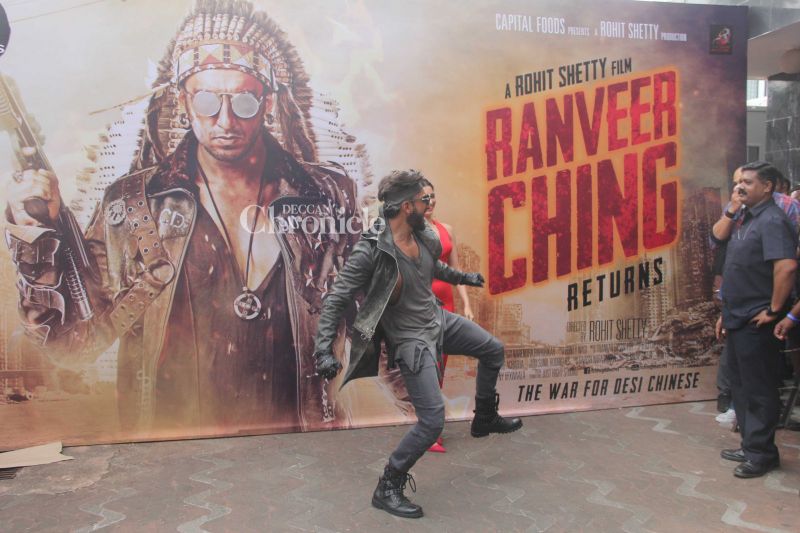 The Rohit Shetty directed advertisement camouflaged as Bollywood potboiler, had its official launch on August 19, at Chandan Cinemas in Mumbai. 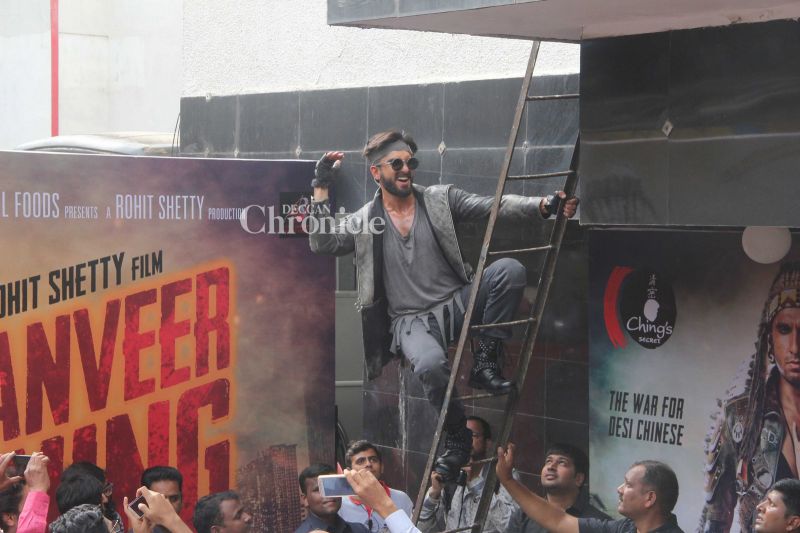 The actor, who was his zany, inimitable self, took to the crowd after the launch and went berserk. The crowd and awaiting shutterbugs, wholeheartedly lapped up his trademark histrionics for obvious reasons. 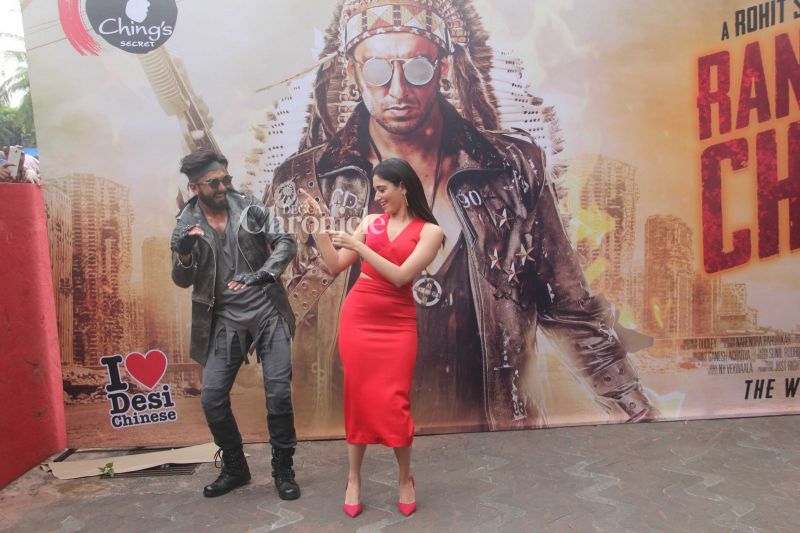 Ranveer Singh and Rohit Shetty also visited Ajay Devgn at his office, which incidentally happened to be nearby. 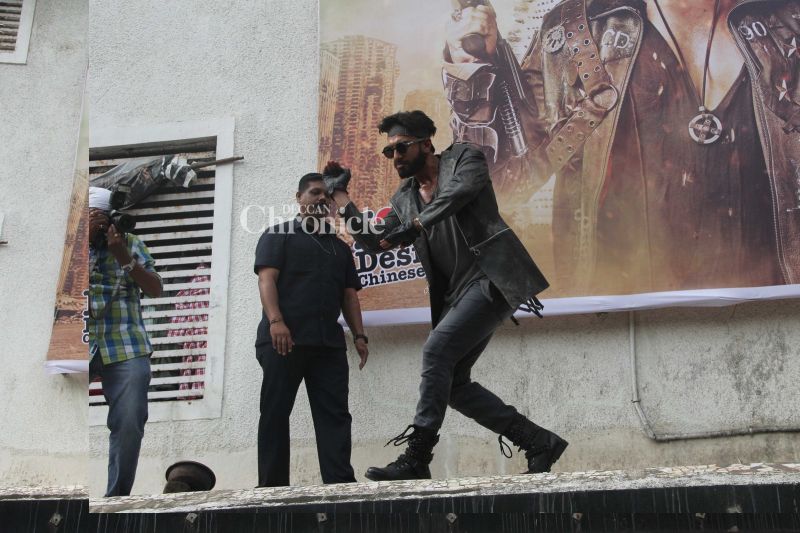 Turns out, the special effects of the ad had been handled by Ajay's production house. 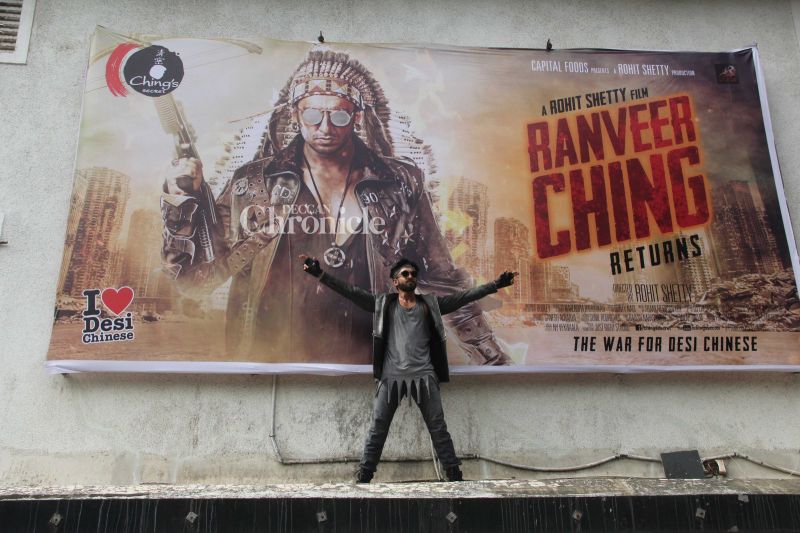 Ajay, who was shown the ad, evidently loved what he was watching. 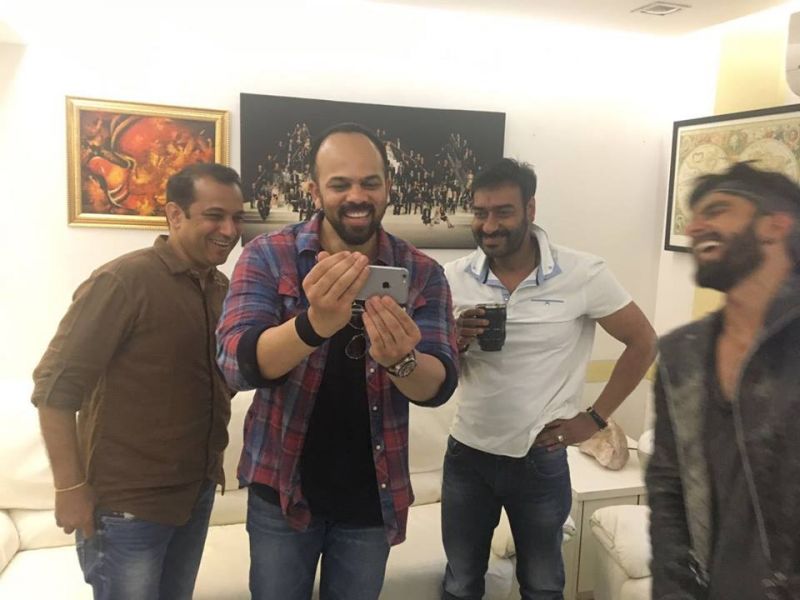