Royal Wedding: Priyanka Chopra meets George Clooney and her smile says it all

Priyanka Chopra with George Clooney at the royal wedding.

London: The royal wedding has been the talk of the town, or rather the world over the past few days.

And it’s an honour for India that one of our very own stars, Priyanka Chopra,  was invited due to her friendship with the bride Meghan Markle.

The actress surely managed to gain eyeballs and hogged some limelight at the ‘wedding of the year’ on Saturday.

Priyanka’s appearance in a lavender blazer suit combination with a classy matching hat not just won her laurels in our country but was lauded by the foreign media.

Not just that, pictures of the ‘Desi Girl’ in a conversation with Hollywood star George Clooney at the event is now going viral. 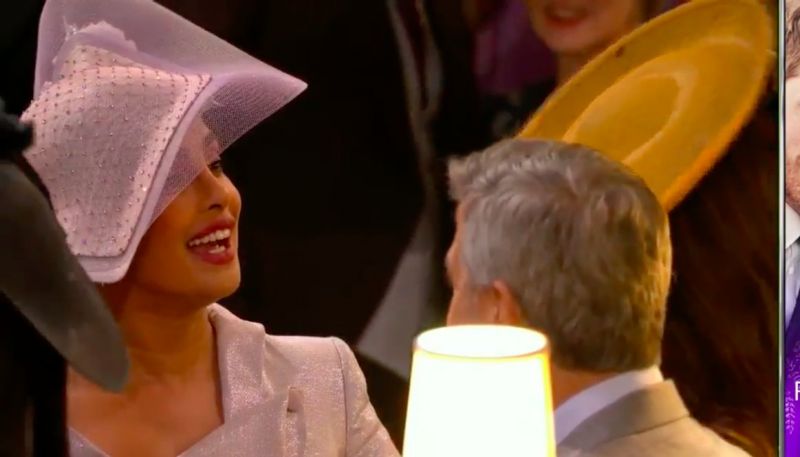 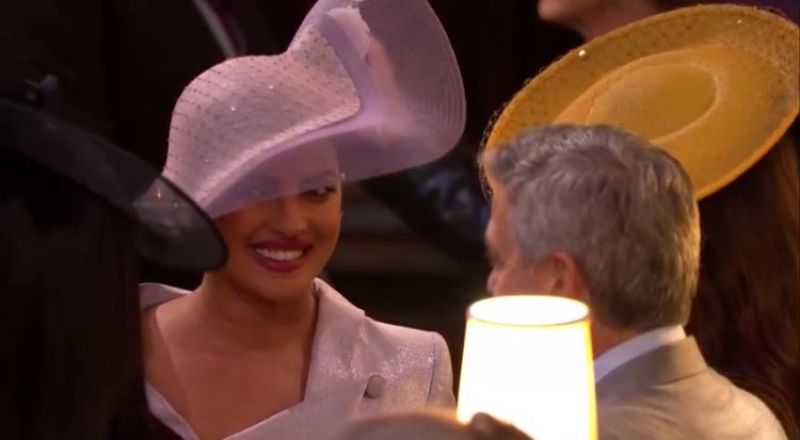 Priyanka is all smiles having a hearty conversation with the veteran actor.

The actress has been around for a long time starting off with ‘Quantico’, followed by ‘Baywatch’ and more, but it’s perhaps the first time she was seen with Clooney.

The fact that such a popular celebrity knows and talks to her, surely means our Priyanka is a well-known face today internationally.

Clooney, who looked stylish in a grey suit and a hot beard to go with it, was accompanied by his lawyer wife Amal in a yellow outfit with matching hat and veil.

Former football star David Beckham and his wife, former Spice Girl Victoria Beckham, Oprah Winfrey were among the others who were the privileged few at the event.

With Priyanka being discussed amid the presence of so many well-known names, she would surely feel she has worked her magic abroad, like she has done in India.