Watch: Trailer of Flat 211 leaves you stunned and gives a mysterious spell

Screengrabs from the trailer.

Mumbai: The first trailer of debut filmmaker, Sunil Sanjan's upcoming film 'Flat 211' was unveiled amidst much fanfare on Wednesday evening in Mumbai.

The film that revolves around a murder mystery received rave reviews from the media and the celebs who came to grace the event.

Stand-up comedians Sunil Pal and Ehsaan Qureshi too came down to extend their wishes for the team. 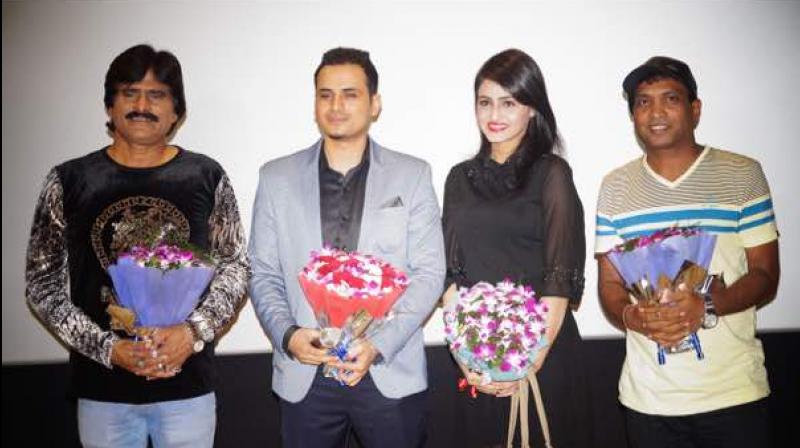 Along with the trailer, the makers also launched the title track of the film which is sung by Tarannum Mallika.

Directed and produced by Sunil Sanjan, the film stars Jayesh Raj and Sonal Singh in lead roles along with Samonica Shrivastava and Digvijay Singh in pivotal roles. Flat 211 will release on 2nd June 2017.