Go Ahead and Stare! PeeCee kills it in new 'Baywatch' poster

Priyanka Chopra in the new poster of Hollywood movie 'Baywatch'.

Mumbai: Priyanka Chopra has got the looks that could kill and the global star proves it yet again in the new poster of her upcoming flick 'Baywatch' where she has easily managed to grab the spotlight.

The official page of the Hollywood movie released the poster on social media and captioned it as, "Looks that could kill. See @priyankachopra in Baywatch on May 25. #BeBaywatch Get your tix today or you'll regret it."

The entire star cast of the film, including Dwayne Johnson and Zac Efron, are on the poster but it's Priyanka who hogs all the limelight.

The statement from the picture reads 'Go Ahead and Stare'. 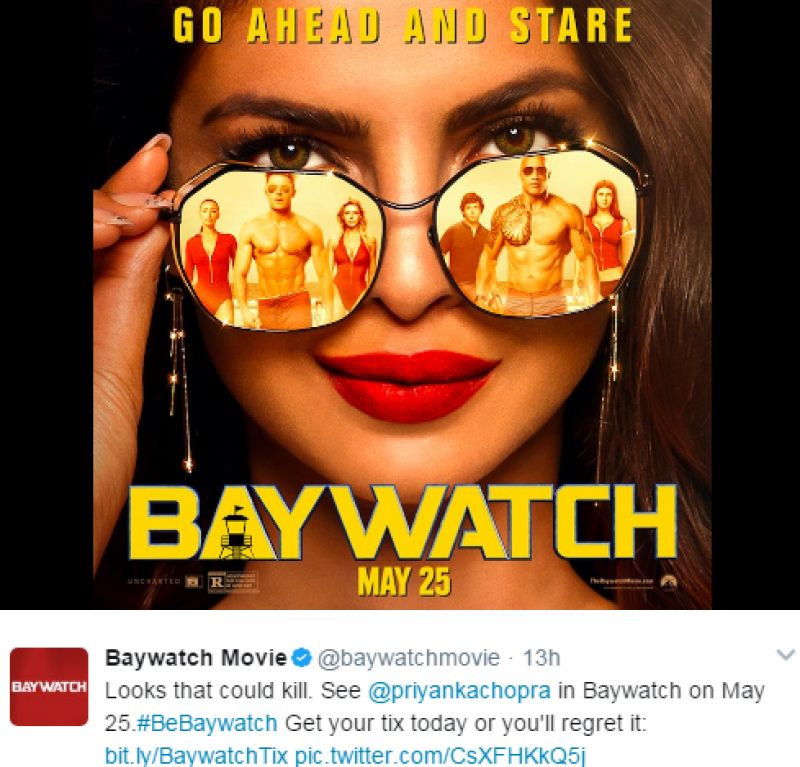 The Seth Gordon-directorial is an American action-comedy film, featuring Priyanka as the antagonist Victoria Leeds and is based on the hugely popular television series of the same name.