Aishwarya and Abhishek visit Siddhivinayak at their 10th wedding anniversary

Abhishek and Aishwarya with daughter Aaradhya at Siddhivinayak temple to seek blessings on their 10th wedding anniversary.

Mumbai: One of the most admired couple of Bollywood, Aishwarya Rai Bachchan and Abhishek Bachchan were spotted at the famous Siddhivinayak temple in the city.

Being the celebrity couple’s 10th wedding anniversary, they decided to seek the almighty’s blessings on this auspicious day of their life.

Daughter Aaradhya was also seen with the couple. They all looked very colour co-ordinated. 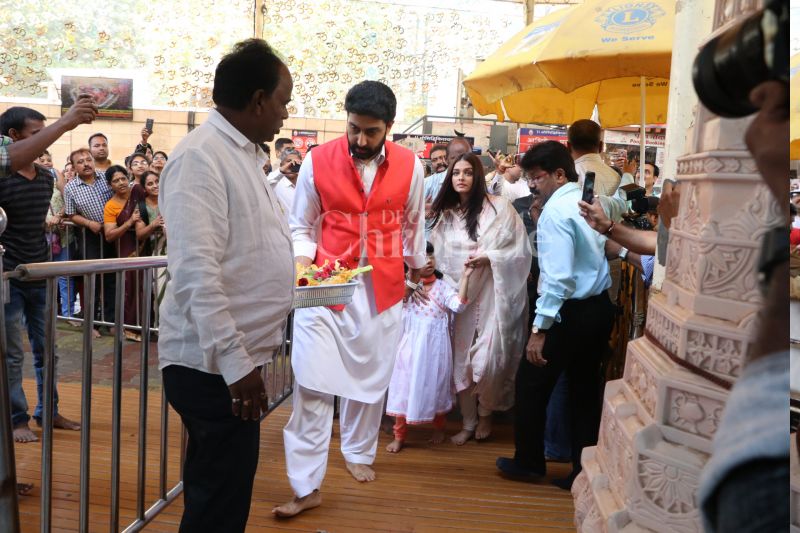 The fans at the temple went bonkers after spotting their favourite stars amidst them, just to get a glimpse of them. 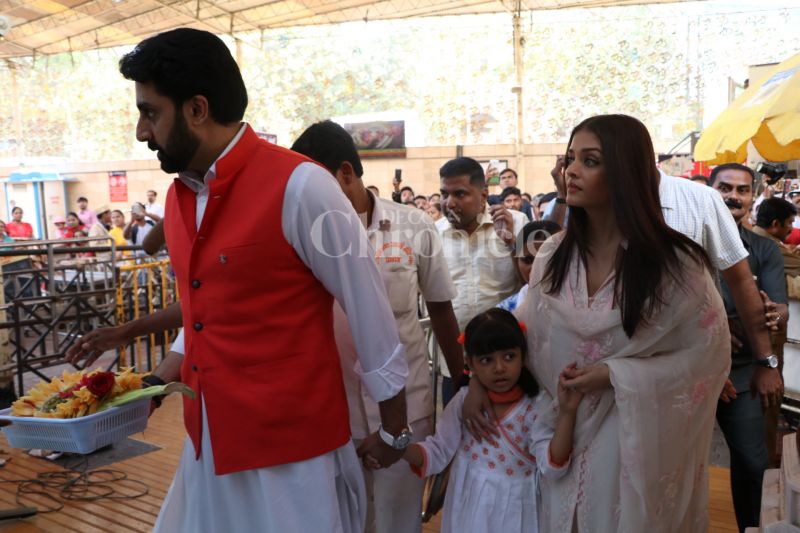 Considering the Bachchans are known for hosting grand parties to celebrate even the smallest of their happiness, won’t celebrate their anniversary in a lavish way.

As soon as the clock struck 12, Bollywood started pouring wishes on Twitter for the lovebirds.

Besieged by the love Jr. Bachchan replied back on Aishwarya and his behalf saying, “And just like that…. It’s been 10 years! Thank you all for the wishes for Aishwarya and I. Lots of love.”

The couple has decided to keep it a very low-key affair by merely visiting the temple, considering Aishwarya’s father passed away just a few days ago.

Ten years of togetherness and we wish them more!