Manish Malhotra, designer to Bollywood’s A-listers, doesn’t bandie around the phrase “Trust your gut” for the sake of it. He really believes in it. For Manish, intuition is all about inner self, inner thought and inner mind. Adding that intuition to him also means reflection on one’s own thoughts from within.

Recently, in collaboration with an alcohol brand, he worked with mirrors to create the ceiling of the bar. “I love mirrors and reflective mirror is something that shows and multiplies vision,” he says.

Talking about his journey and love for fashion, Manish recalls, “Despite being fascinated with movies, I always fancied fabric and colour.” During his college days, he was a model and was working in a boutique as well as in movies. “For me, when I thought of a career, I could only imagine films. I had not studied fashion.I wanted to make a difference the way costumes are seen and finally got into movies in 1990,” he remembers. 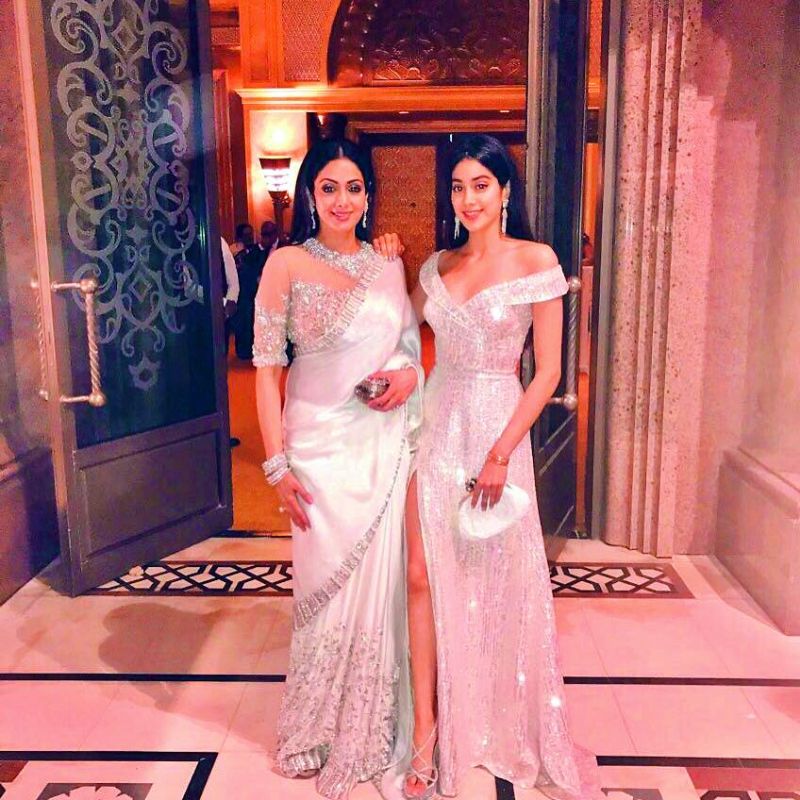 And then he met Sridevi,  the inspiration and driving force behind many of his iconic designs, including the sexy shiffon sarees he created for her.

The late Bollywood beauty Sridevi has had a special place in his life. He worked with her for almost 30 years, and the two would often bond, memories he cherishes to this day and recalls with a sombre look her untimely death that left many shocked and shattered. When Manish began his career, Sridevi was already a star. “I remember meeting her for the first time and right up to the day she expired, I spoke to her that morning”, he remembers. Her death really shook him up. “She was a big influence in my work and my career.” 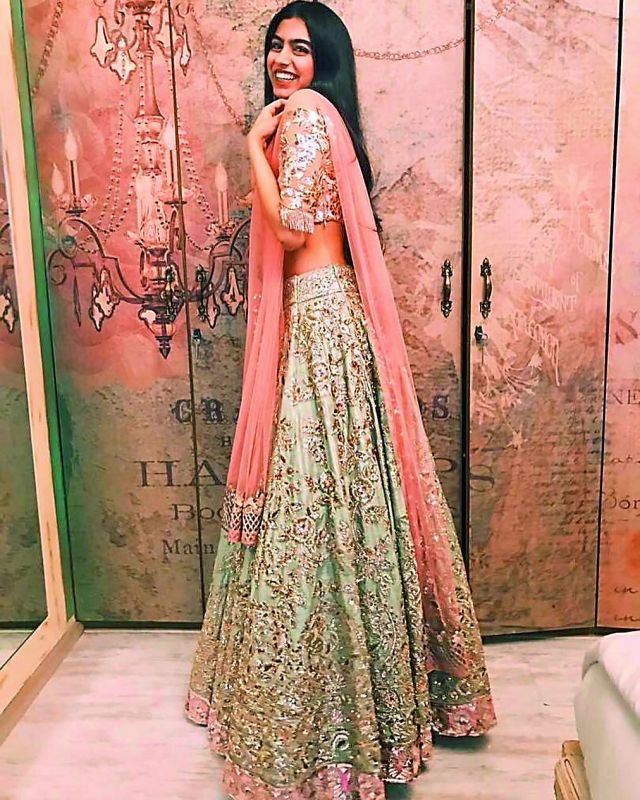 Khushi have been often dressed in Manish Malhotra creations.

B-Town and Manish have a lasting connection. In fact, it was his love for movies that made him what he is today.

Manish was just 25 when he ventured into the world of designing costumes for Bollywood celebrities. He first designed outfits for Juhi Chawla in the film Swarg (1990). Since his first work as a costume designer with Juhi, he has been the ‘go-to-designer’ for any big occasion.  He is currently working with the third generation actors like Sarah Ali Khan and Janhvi Kapoor. He recalls, “When I look back at last 29 years, I feel those years have given me everything in return.” When you plan too much, it doesn’t really work, he feels. “So I think you need to be true to your job, to what is being asked of you,” Manish quips. When he designs an outfit for a bride, it is all about the bride and her character. “When I am designing for a film, it’s not about ‘Oh! This girl is a diva’ it’s about the character,” he says in response to how his outfits become a trend.

Speaking about the issue of gender parity in the fashion world, he concludes, “I think fashion has been accepting of all sexuality and gender identification and I don’t think there’s gender inequality in fashion world at all.”