Mumbai: Bollywood superstar Sanjay Dutt was controversy's favourite child and his life story makes up for a perfect pot-boiler on the big screen. A lot of speculations have already started doing the rounds as to which aspects from his life would make it to Rajkumar Hirani's forthcoming film.

Sanjay Dutt's torrid affair with his co-star Madhuri Dixit was a sensational topic back in the 90s. Most of their friends and industry insiders believe that theirs was not a passing affair. They were apparently serious about each other and there was even talk of an impending wedding. The media had even been suggesting that Sanjay was planning to divorce his wife Richa.

According to Yasser Usman's book 'Sanjay Dutt: The Crazy Untold Story of Bollywood's Bad Boy', the rumours of Sanjay-Madhuri affair reached Richa in New York. She was getting restless and wanted to save her marriage. Her cancer was better and, with her doctor's permission, she wanted to come back to India. The press lit into Sanjay for forsaking his ailing wife. The aforementioned Star & Style cover story was titled 'Sunjay-Madhuri - Will Marriage Destroy Them Professionally?' (February 1993). It said, 'They (Sunjay-Madhuri) have braved it all. Their own initial personal doubts (Should we get into this?", their parental opposition ("It's not the right thing to do.") and the society's outrage ("How can they be so selfish and mean?"). The couple in love's defiant stand ("It's our lives, we can do what we want..."") however, has undoubtedly brought their respective images crashing down in the eyes of their idolising fans.'

In October 1992, over three years after she left India, Richa came back to Mumbai with Trishala. She was cancer-free. But Sanjay was avoiding her. He had moved on. In an interview to CineBlitz, Richa's sister Ena Sharma said that Sanjay didn't even come to the airport to pick up Richa and Trishala. 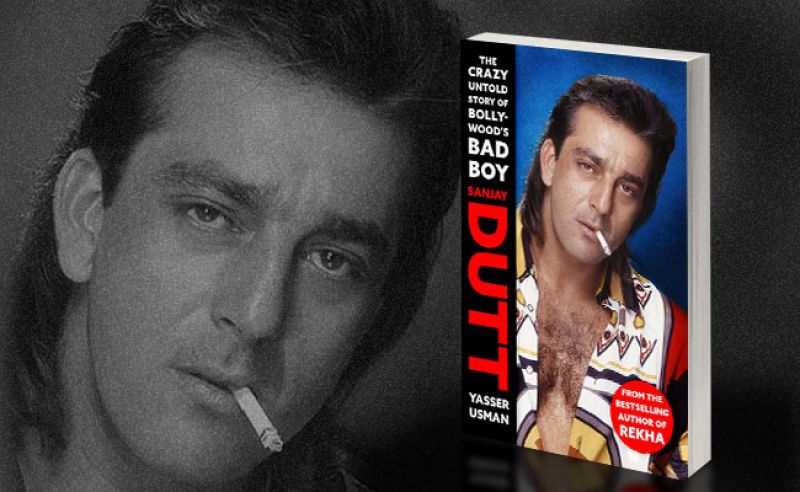 After spending just fifteen days in Mumbai, she abruptly went back to New York. According to the Sharma family, throughout her fight with cancer, Richa was motivated by the thought of finally getting to live a normal, happy life with Sanjay and their daughter Trishala. But now that she was in remission, her dream seemed futile and unattainable. She was utterly shattered.

Richa wanted to work things out with husband Sanjay but he filed for divorce in early 1993. A bitter custody battle for their daughter Trishala ensued and there was much repugnancy between the two families. Richa's cancer hit back in 1993 and later Sanjay was much crucified by the media for his 'humiliation' of Richa.

During that time, 'Khalnayak' director Subhash Ghai had spoken in an interview about the Sanjay-Madhuri story with great authority. When Sanjay was told about it he hit back, "He knows me very well, no doubt, but not that well enough to know what's going on in my mind. But why should the press ask Subhash Ghai the questions pertaining to my personal life in the first place."

Further when told that Ghai in that same interview had asserted that he is 100 percent sure that Sanjay will not marry Madhuri, the actor said, "There has to be something on between us for me to marry her."

Talking about establishing a rapport with Madhuri, Sanjay had once said, "She was friendly from day one because she was not Madhuri - the star when I first worked with her."

When quizzed further if he implied he had nothing to do with her, the actor quipped a 'yes' and quickly added, "I wish I had a scene going on with Madhuri. But I don't!"

Unfortunately, the actor's TADA arrest took their rumoured relationship to an unfortunate end.