DECCAN CHRONICLE.
Published Mar 20, 2018, 10:26 am IST
Updated Mar 20, 2018, 10:46 am IST
The film is inspired by true events wherein human beings are pronounced dead because they do not have any legal records of their existence.

Mumbai: Dilip Deo, who was an editor on Salman Khan starrer 'Wanted' has now turned a director.

His film ‘Unwanted’ is gearing up for release and the first poster is out. 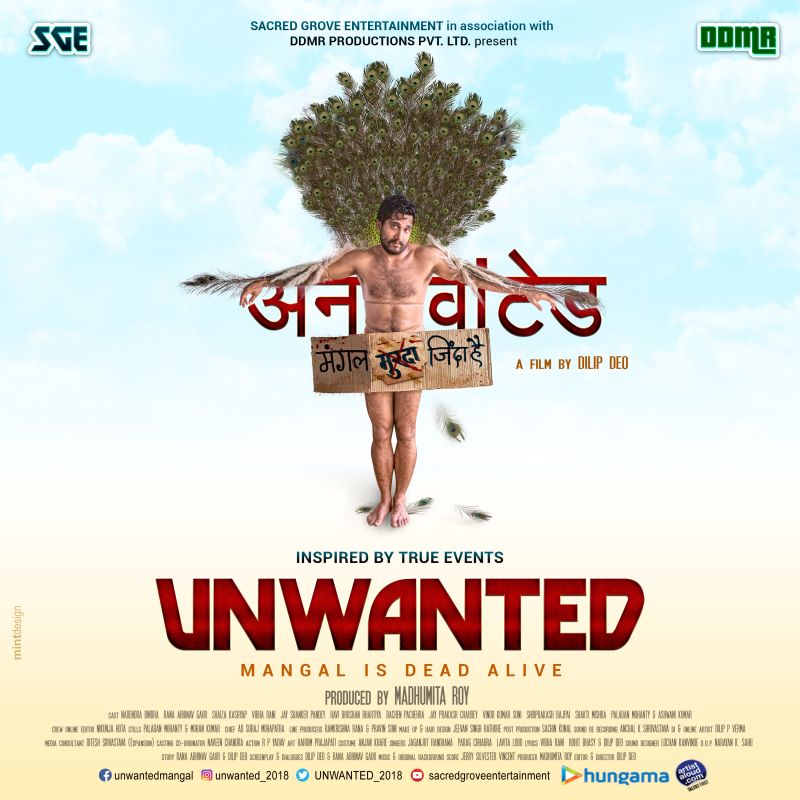 The film revolves around Mangal, who is autistic, alive and breathing, doing everything that a living human being does, is physically fit and he is in love, but he does not have any legal records of his existence.

The film is inspired by true events wherein innumerable living human beings are pronounced dead because they do not have any legal records of their existence.

‘Unwanted’ is produced by Madhumita Roy and is scheduled to release later this year.