Mumbai: Global star Priyanka Chopra is refusing to slow down. PeeCee emerged as the second most beautiful woman in the world. According to a poll run by website Buzznet, the 'Baywatch' star has got the maximum votes in their poll and has been placed in the second position. The actress is making everyone her fan with her ravishing looks and graceful style. One of these people, who was in awe of PeeCee's look was supermodel Gigi Hadid.

A celebrity manager named Luiz Mattos posted Priyanka Chopra's photo from her recent photoshoot. In the photos posted, Priyanka looked like a diva and people couldn't stop gushing over her. 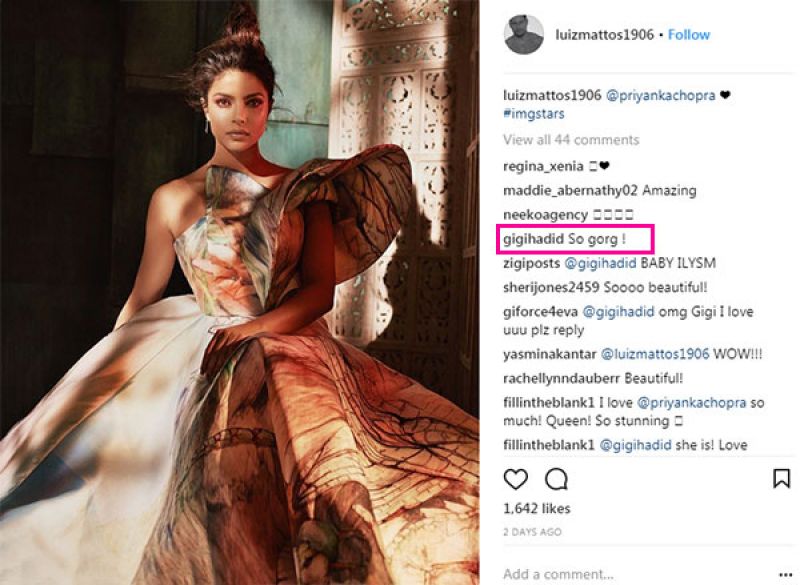 Well, it's pretty interesting to see the kind of love and appreciation PeeCee is getting.

On the work front, Priyanka is busy shooting for season 3 of American TV show Quantico. She is also promoting her next Hollywood movie 'A Kid Like Jake' and has 'Isn't It Romantic?' in her kitty.