Sonakshi and Badshah teaming up for upcoming film Noor?

The actress was last sene in Abhinay Deo's 'Force 2'.

Mumbai: Sonakshi Sinha is one of the most multi--faceted actresses in Bollywood currently. The actress, whose first single, 'Ishqholic,' had been an instant chartbuster, had also featured in the music video of Honey Singh's immensely popular 'Desi Kalaakaar'.

And now, the actress has collaborated with the current toast of Bollywood, Badshah.

The actress shared a picture from the studio, on her Twitter feed. 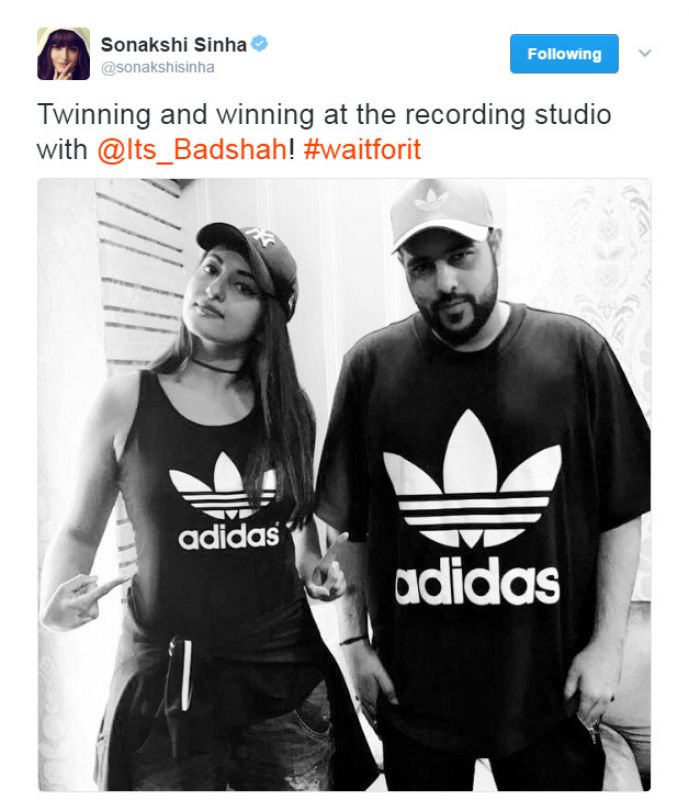 Sonakshi, who was last seen opposite John Abraham in Abhinay Deo's 'Force 2,' will next be seen in 'Noor,' the reel adaptation of Saba Imtiaz' 'Karachi, You're Killing Me'.

Incidentally, Badshah had also joined Sonakshi while she had been promoting 'Force 2'.

If the two are collaborating on a song for the film, that's another chartbuster well on course.

The film, whichhas music composed by Amaal Malik, is slated to release on April 21.