The picture shared on social media by Sidharth and Sonakshi.

Mumbai: The remakes of several films of the earlier generation like ‘Don’, ‘Agneepath’ and ‘Sholay’ made a lot of buzz before and during the release and another film of that generation, ‘Ittefaq’, is all set for a remake.

In a fresh pairing, Sidharth Malhotra and Sonakshi Sinha have been signed on to play the lead characters which were played by Rajesh Khanna and Nanda respectively in the original.

The lead actors kicked off the shoot of the film on Monday and took to social media to share a picture of them holding the clapboard. 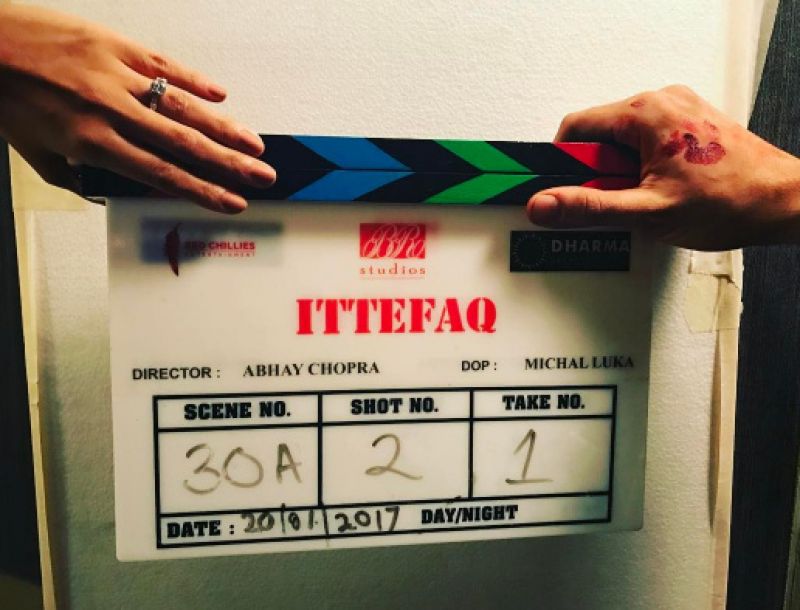 The film is likely to release later this year.