Mumbai: The whole B-Town was spotted celebrating Shahid Kapoor's pre-birthday bash which the actor threw for his friends from the industry.

Shahid and wife Mira Rajput looked really happy and were all smiles for the shutterbugs. 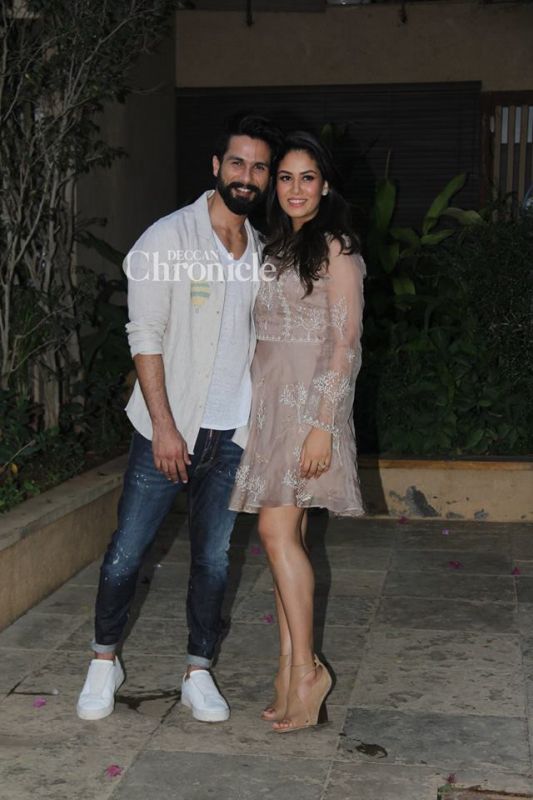 While the ' Udta Punjab' star kept it casual in a pair of denims, a white tee and a jacket, wifey Mira looked lovely in a beige coloured dress.

Ranveer Singh, attending his 'Padmavati' co-star's party, came in a funky attire and was at his quirky best as he posed for the paparazzi.

Rumour mills were abuzz that things have not been all-well between the two stars as Ranveer was unhappy with the length of Sasha's role in the upcoming movie. But both the actors squashed all the rumors regarding the matter.

Another pair, who was spotted leaving together were Alia Bhatt and Siddharth Malhotra. The couple have been clicked number of times in recent history and they are going strong these days. 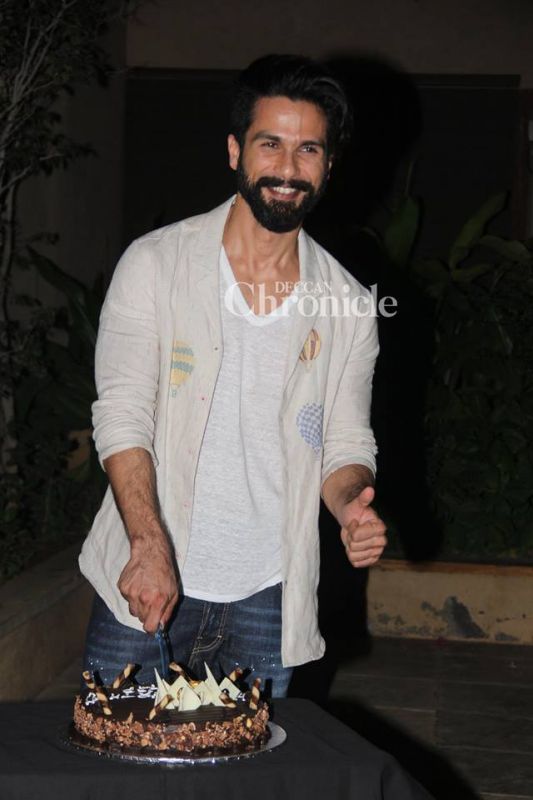 Katrina Kaif who also attended the 'Haider' star's bash, looked gorgeous in a floral printed dress. On the work front, Katrina will next be seen in the much delayed Anurag Basu's directorial 'Jagga Jasoos' opposite Ranbir Kapoor, slated to release on April 8, 2017.

Deepika Padukone, known for her bold fashion statement, again left everyone in awe with her grace and pretty smile.

On a related note, Shahid Kapoor will next be seen in 'Rangoon', alongside Kangana Ranaut and Saif Ali Khan.