Mumbai: Perhaps being one of the most awaited movies of this year, 'Jagga Jasoos' does not seem to get out of problems. Director Anurag Basu took to twitter and shared the news of a possible delay in the release of the movie, again.

"#JaggaJasoos is a Family Holiday film. Since exams r pushed at most of the places. We r contemplating the delay. Only IF v get a better Date," he tweeted.

But, he later tweeted that since nothing is final, the whole team is gearing up for April 7 release. 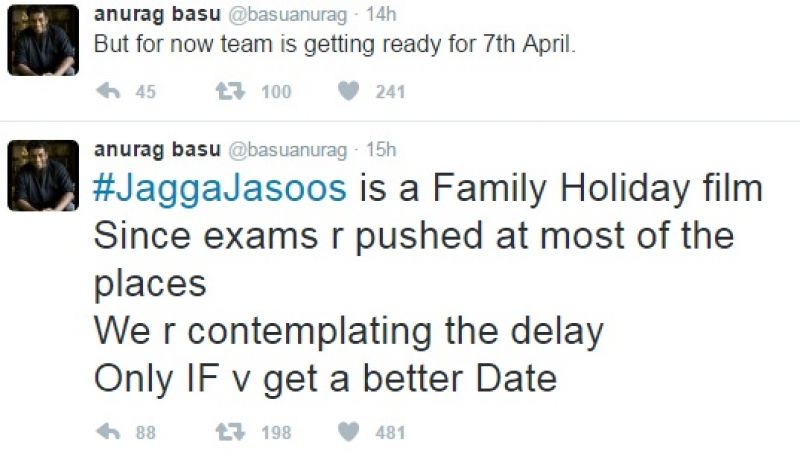 There were reports that not all of the songs have been shot and a temple set is being constructed in the Film City, where a song will be picturised on the lead pair and that is what is causing the delay.