Fan cycles all the way from Haridwar to meet Akshay, actor not impressed

Akshay Kumar was last seen in the very successful 'Rustom'.

Mumbai: Akshay Kumar loves his fans but he wants them to be safe as well.

The actor, who's gearing up for the release of his highly anticipated 'Jolly LLB 2,' his first release after the very successful 'Rustom,' has been busy with the film's promotions.

The actor, however had a bittersweet shock, when a fan showed up, all the way from Haridwar. But when it got revealed that the man had cycled through his strenuously long journey, Akshay wasn't too impressed.

He did have a good few moments with the innocuous man, even sharing a picture on his Instagram feed. However, he didn't forget to warn his fans against attempting such stunts. 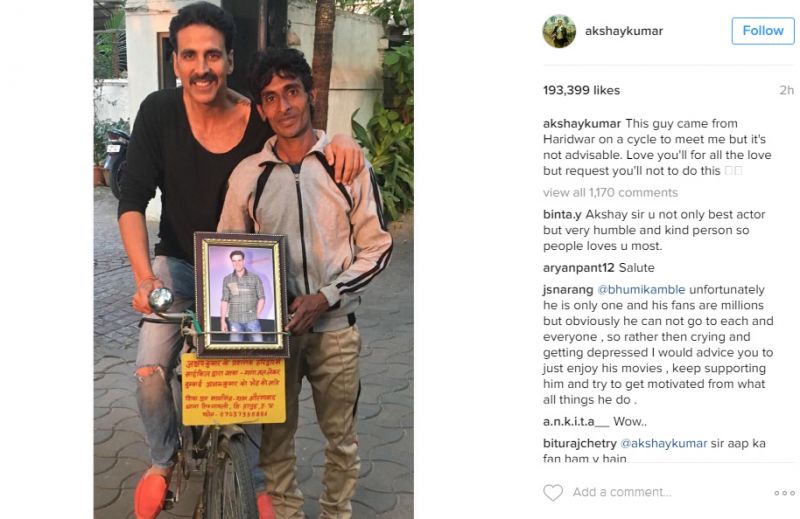