Could this possibly be Katrina Kaif's new look from Jagga Jasoos?

Mumbai: Katrina Kaif has resumed the shooting of ‘Jagga Jasoos’ after promoting her last release ‘Baar Baar Dekho’. The film also stars her rumoured ex boyfriend Ranbir Kapoor and several reports of how the ex lovers would eventually manage to finish the shoot of the film have been doing the rounds.

'Jagga Jasoos' has been in the news for the professional and personal equations between the lead actors and ex lovers, Ranbir Kapoor and Katrina Kaif, during the making of the film.

Katrina has been sharing pictures from the sets of the film. Recently, the actress shared a new picture on her Facebook account with caption, "The true sign of intelligence is not knowledge but imagination." 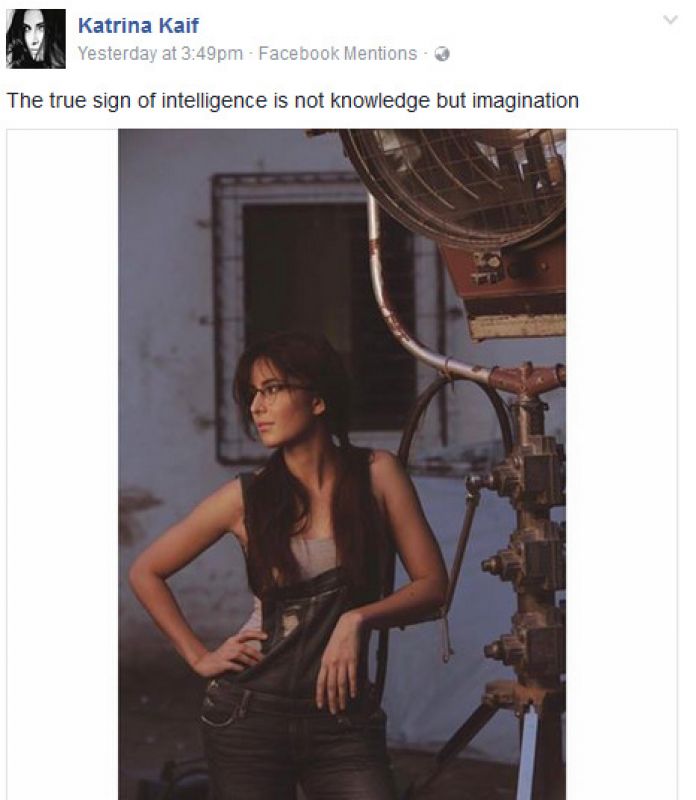 ‘Jagga Jasoos’ is slated to release next year.