Where is Pataudi Palace? Saif asks locals as Kareena and Taimur wait in car; see pic

Mumbai: Bollywood actor Saif Ali Khan has reportedly forgotten the directions to his ancestral home, Pataudi Palace. The 49-year-old actor had to take the help of local youth.

As per Navbharat Times' report, the actor was accompanied by his wife Kareena Kapoor Khan and son Taimur. The trio was the way to their ancestral home to celebrate Bebo's 39th birthday on September 21. 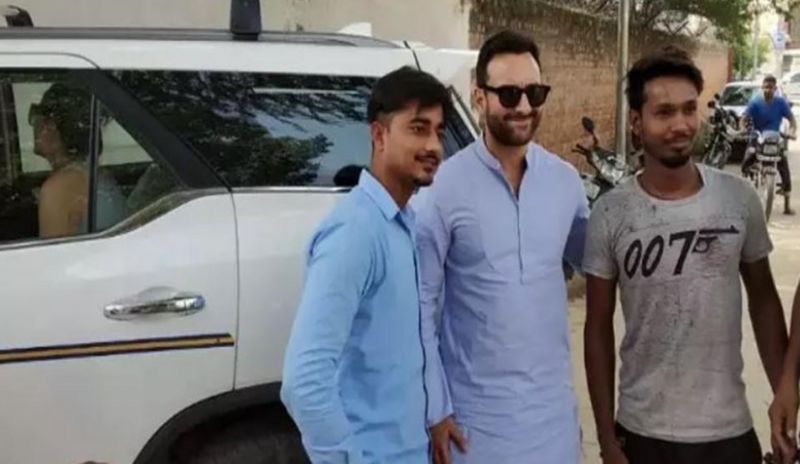 Reportedly, the actor had hired an SUV to take them to the Haryana town bit the after the driver took a wrong turn and created a mess. Later, Saif had to get down of the car and ask a few locals for directions to his family home. Interestingly, the Samaritans helped him and clicked selfies with the 'Sacred Games' actor. In the picture, Kareena and Taimur can be seen sitting in the car.