Mumbai: It is no secret that King Khan has a massive fan base in Europe which seems to be growing at a rapid rate with each passing day.

So, imagine the star that you have been admiring for years, shows up to play ping pong with you? What would you do? Be speechless, right?

But not Anne-Sophie Brändlin, Berlin-based journalist who was seen playing ping pong in Amsterdam with the Badshah of Bollywood. The travel enthusiast has not only played with SRK but has also managed to overpower her superstar opponent. 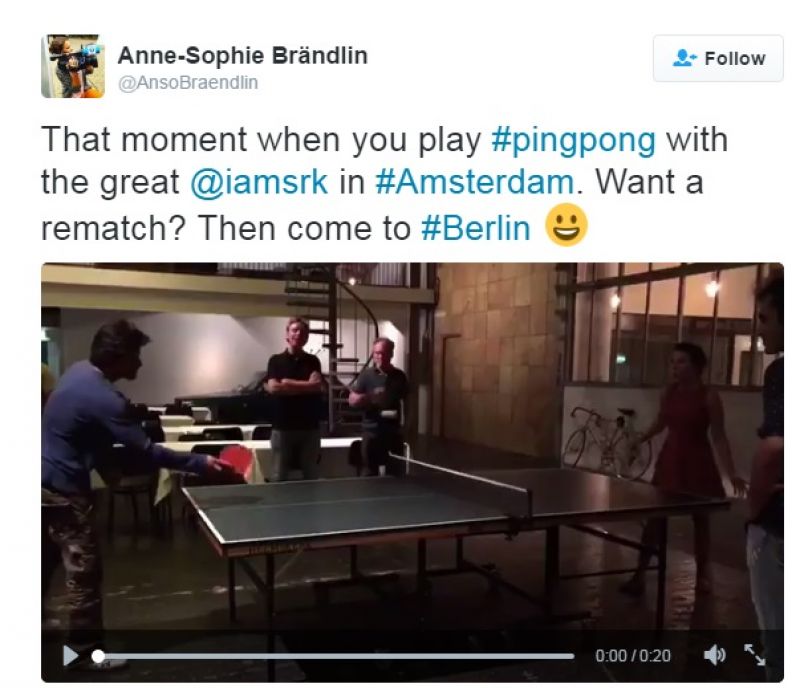 King Khan responded to her tweet saying, ‘you killed me’, indicating that she has impressed him with her amazing playing skills. Whoa! 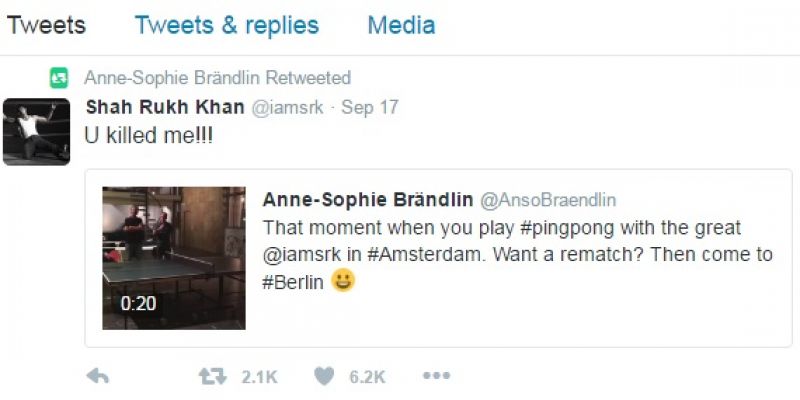 A game of ping pong with the King of Bollywood and defeating him at it. Not bad, Anna!

That moment when you play #pingpong with the great @iamsrk in #Amsterdam. Want a rematch? Then come to #Berlin 😀 pic.twitter.com/bp5fJjAdIl