Bollywood celebrities took to Twitter to express their shock over the Uri attacks.

Mumbai: In one of the worst attacks on the Indian Army, 17 soldiers were killed when militants attacked the Army brigade headquarters in Jammu and Kashmir’s Uri on Sunday. Four attackers were killed in the ensuing operations, but the incident left the country in shock and grief.

Ministers and political leaders have condemned the attacks and have expressed their condolences all throughout Sunday and several Bollywood stars also took to Twitter expressing shock at the incident and paying tributes to the families of the brave soldiers.

Bollywood stars Amitabh Bachchan, Shah Rukh Khan, Priyanka Chopra, Anupam Kher, Shekhar Kapur, Ajay Devgn, Akshay Kumar among others were the ones who lent support to the families with their tweets. 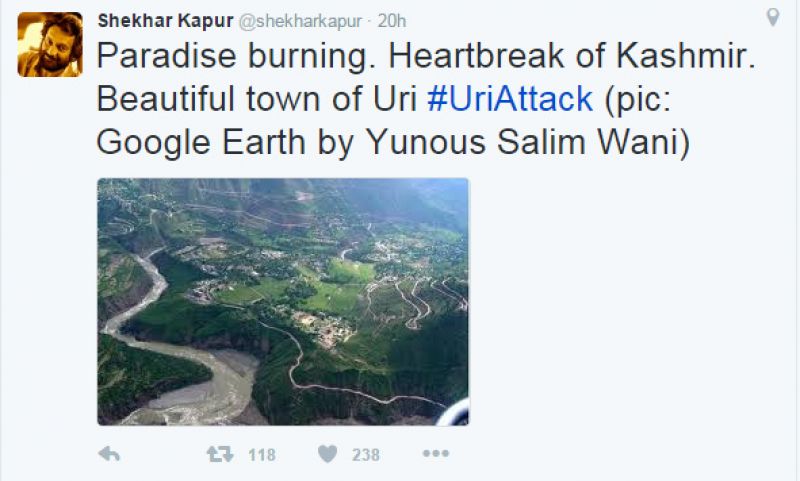