Mumbai: It's official! We are getting an official Indian remake of Sylvester Stallone's hit action movie 'Rambo'.

According to The Hollywood Reporter, Tiger Shroff is all set to play the iconic action character in the forthcoming remake.

The movie will be directed by Siddharth Anand, previously known for ' Bang Bang'.

The Indian 'Rambo' will follow the last surviving member of an elite covert unit of the Indian Armed Forces who returns home to discover a war waging in his own land. Forced into the dangerous jungles and frozen mountains of the Himalayas, he unleashes mayhem and destruction, becoming the unstoppable machine he was trained to be.

"Being a martial artist and a huge action movie buff since childhood, this all seems very surreal, and I'm very grateful for this opportunity. By no means do I believe I can replace the legendary Sylvester Stallone; however, I do feel that somehow this is something I've been preparing for since childhood," noted the 'Baaghi' star.

Anand, who also directed the successful Indian remake of Tom Cruise's ' Knight and Day' shared, "Rambo is one of the most iconic action blockbuster films from my generation. I grew up looking up to heroes such as Stallone, and in a time where the Indian industry is lacking action characters of Rambo's caliber, this is a perfect time to introduce Tiger in this role."

He added, "I cannot wait to work with Tiger on this film. He has that aura about him, a power and vulnerability that will make him the next iconic action hero of our time."

Here's the first poster of the film: 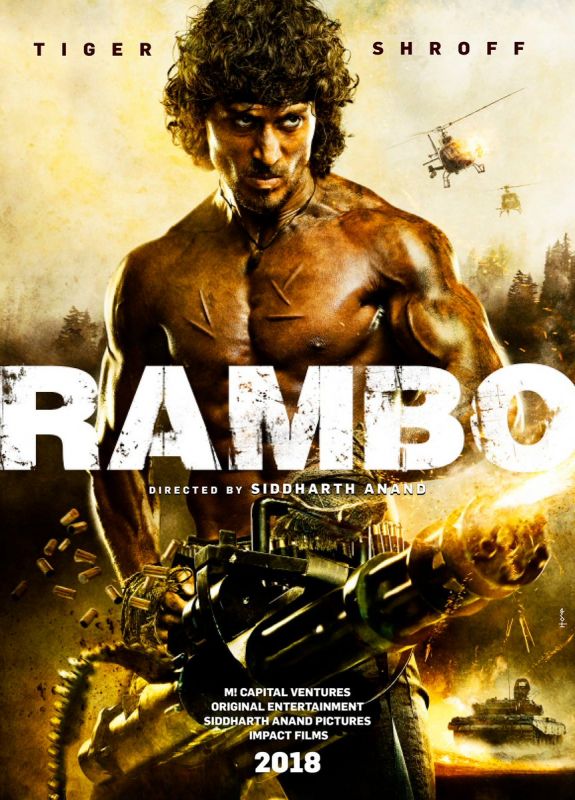 Principal photography for the film is slated to start in February, with a release targeted for late 2018.