DECCAN CHRONICLE.
Published May 19, 2016, 9:05 am IST
Updated Nov 7, 2017, 4:29 pm IST
Although the duo maintained a stoic silence about their relationship, this outing definitely puts all those rumours to rest.

Anushka and Virat were clicked at the Japanese restaurant EDO, posing with all the chefs.

Mumbai: The ambiguity surrounding Royal Challengers Bangalore (RCB) skipper Virat Kohli and Bollywood actress Anushka Sharma has hogged most of the limelight on many occasions much to the disappointment of the two.

The news of Virat’s alleged break-up with Anushka was doing the rounds in February this year but looks like the two are back together again. Although the duo maintained a stoic silence about their relationship, this outing definitely puts all those rumours to rest.

In an interesting turn of events, Anushka joined Virat and his IPL team RCB for a celebration dinner after they defeated Gujarat Lions on May 14. The two were clicked at the Japanese restaurant EDO, posing with all the chefs.

Read: After splitting up with Anushka Sharma, Virat Kohli does the ‘much needed’ thing

While there is no confirmation from either of the two, there were reports earlier of the duo parting ways after dating for more than two years. While some said it was Anushka’s reluctance to get married now, others feel Anushka's decision to sign ‘Sultan’ -- a movie opposite Salman Khan -- that did not go down well with Virat.

Last month, Virat had lashed out at critics for trolling Anushka after India’s emphatic win against Australia in the ICC World T20. 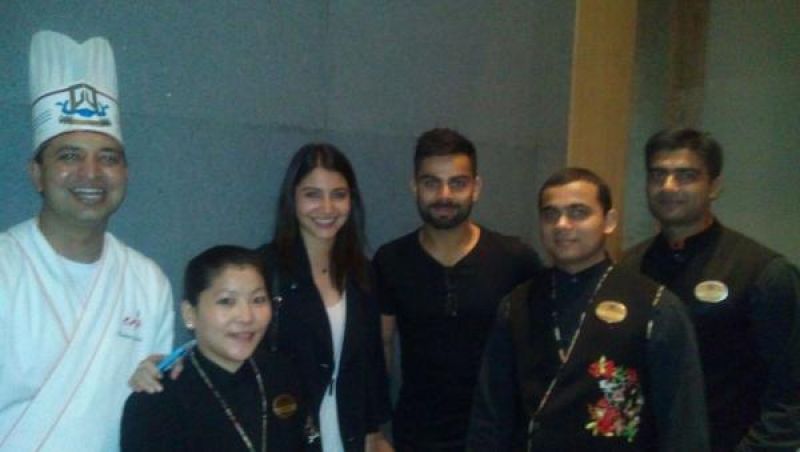