Sonu has not spoken against any religion, why targeting him: Agam Kumar Nigam

Mumbai: Sonu Nigam courted controversy after he heavily criticised the practice of religious sects and organisations of blasting their prayers, much to the agony of people who are unsolicitedly subjected to it.

Sonu, who evidently got woken up by ‘azaan’, a religious call for prayer of the Muslims, lambasted the unmonitored usage of loudspeakers. 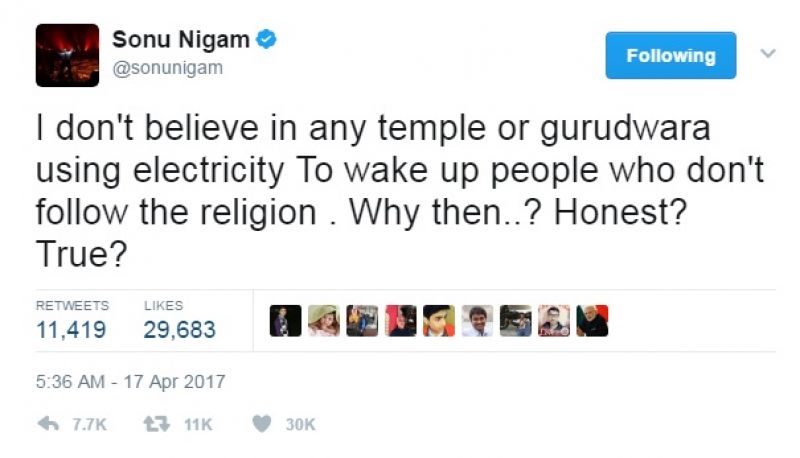 The cleric was quoted saying: "If anyone can shave his hair, put a garland of old torn shoes around his neck and tour him around the country, I personally announce an award of Rs10 lakhs for that person.”

Sonu took it as a challenge. He announced on Twitter on Wednesday that he was ready to shave his head and asked the Maulavi to bring the amount to his home.

In the morning, the National award-winning singer held a press conference at his bungalow where his father, singer Agam Kumar Nigam, said, “Mere bete ne kuch bhi galat nahi kaha hai. Usne kisi dharm kea are mein kuch hi nahi kaha hai…fir kyun use target kiya jaa rha hai ?? (Why are they targeting my son unnecessarily, he has not spoken against any religion so then why are they targeting him. Sonu has not spoken anything wrong.)”

Syed Sha Atef Ali Al Quaderi has now refused to pay 10-lakh since Sonu has not fulfilled his other two conditions of walking around the country wearing a garland of torn shoes around his neck.