Rishi Kapoor makes peace with Nawazuddin despite history of altercation

Nawaz was last seen in 'Haramkhor'.

Mumbai: Nawazuddin Siddiqui is counted among the best actors in the country today, much courtesy his consistently phenomenal performances. However, one star in particular, was not much of a fan of his, until a few years back.

The star is none other than veteran actor Rishi Kapoor.

Nawazuddin had made a passing comment on formulaic Bollywood films, taking a dig at actors 'running around trees'.

Rishi had not taken to this kindly, he had famously said, "You (Nawazuddin) haven't done it (running around trees) in your life; neither will you get a chance to do it. And you aren't capable of doing it either. You don't have the image; you don't have the talent."

However now, all seems to be surprisingly well now, with the two of them starring together in Nandita Das' 'Manto'.

Nawazuddin, who is also known for his humility, took to Twitter to express his pleasure over having collaborated with Kapoor senior.

Rishi was himself cordial in his response, appreciating the working liaison. 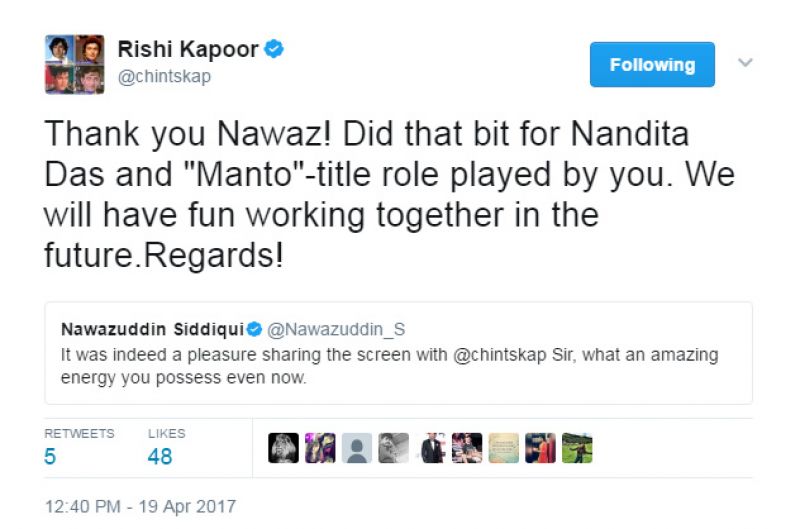 Well, this is one buried hatchet we absolutely approve of!