However, the film, which was initially announced at the Cannes Film Festival, never really got helmed.

Earlier there were reports of the filmmaker taking Hrithik Roshan on board for ‘Paani’, but the latter left the project in favour of Ashutosh Gowariker’s ‘Mohenjo Daro’.

Later it was reported that Shekhar was making the film in Hollywood with some other star.

Recently, the trailer of Sushant’s film ‘Raabta’ was launched. After which, the star started getting applauds for it on Twitter from the industry.

The director expressed his melancholy of not being able to make ‘Paani’ with the MS. Dhoni star.

To which Sushant instantly replied, “I will be ever obliged to you sir for things I have learned or rather 'unlearned' because of you. Respect.”

To which Shekhar went on to add, “Can't teach anyone to unlearn unless you are willing to let go. That's what makes u a terrific actor. A constant search for the moment @itsSSR”

Sushant replied back with the emojis of folded hands.

Last year, Sushant had shared a picture with Shekhar on Instagram and he had captioned it as “There's no feeling like when you know you are being understood. #shekharkapur thanks you Exist :)” 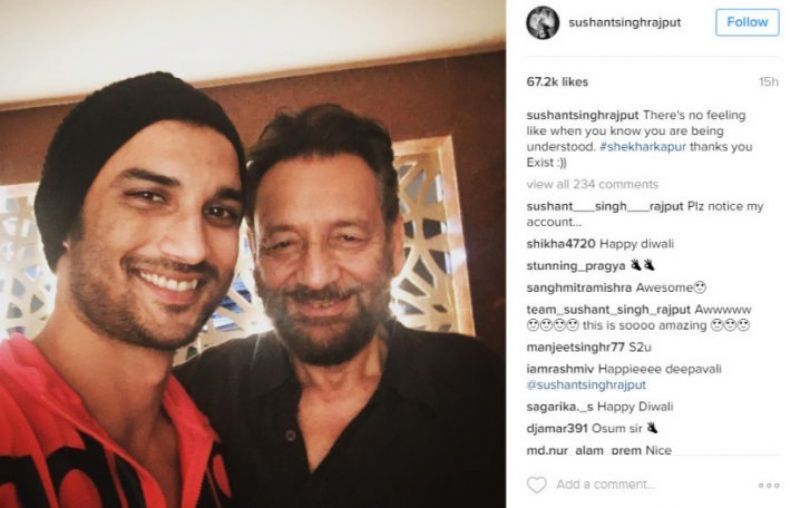