Saifeena go out for dinner with the Kapoor family.

Mumbai: The Kapoor family was spotted having a gala time during dinner. Kareena and Saif smiled throughout the dinner.

Armaan Jain, Aadar Jain, Randhir Kapoor and others were also present at the do, and co-incidentally this is the first time almost the whole Kapoor family came together post Shashi Kapoor’s death in December. 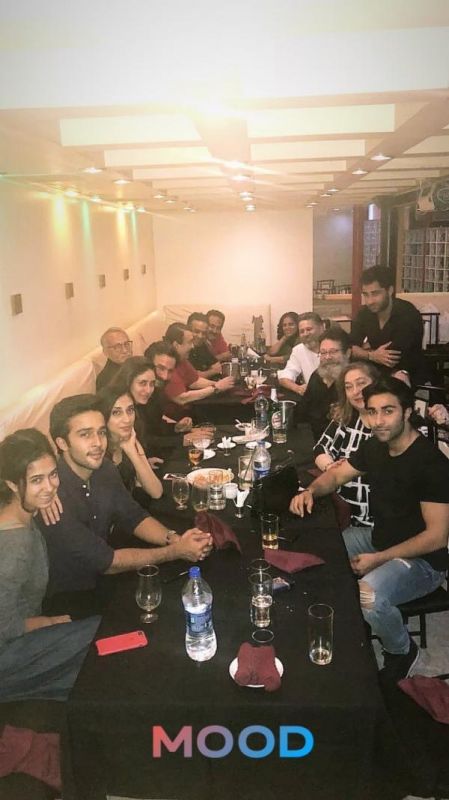 Saifeena go out for dinner with the Kapoor family.

Kareena’s sister Karisma Kapoor skipped this affair as she is currently in London. Saifeena’s little joy Taimur was also nowhere to be seen, probably because the parents don’t want to disturb his sleep.

In a rare occasion, Saif and Taimur were spotted having some lovely time on Saturday. Kareena too attended Karan Johar's party recently.

The dinner however was also given a miss by Ranbir Kapoor, who is currently shooting for ‘Brahmastra’ in Bulgaria. His mom Neetu Kapoor also joined him on the location, and father Rishi Kapoor himself is busy with ‘102 Not Out’.