Mumbai: Ranbir Kapoor and Saif Ali Khan, who have common connection in Kareena Kapoor Khan, have not been spotted together all that often till now.

However, there were reports recently that the two actors have been bonding with each other and it definitely seems true now.

Saif and Ranbir recently enjoyed a family gathering with other members of the Kapoor family where they were seen cooking in the kitchen.

Karisma Kapoor shared pictures on Instagram where we see Saif tossing food in a pan and Ranbir going about his chopping duties as they prepared dinner.

Kunal Kapoor, Ranbir and Kareena’s uncle, and their cousin Aadar Jain, are also seen in the pictures as they make barbeques and other dishes.

It seems that the men specially prepared food for the ladies as the sisters Kareena and Karsima were seen sharing a lovely embrace while posing for a picture. 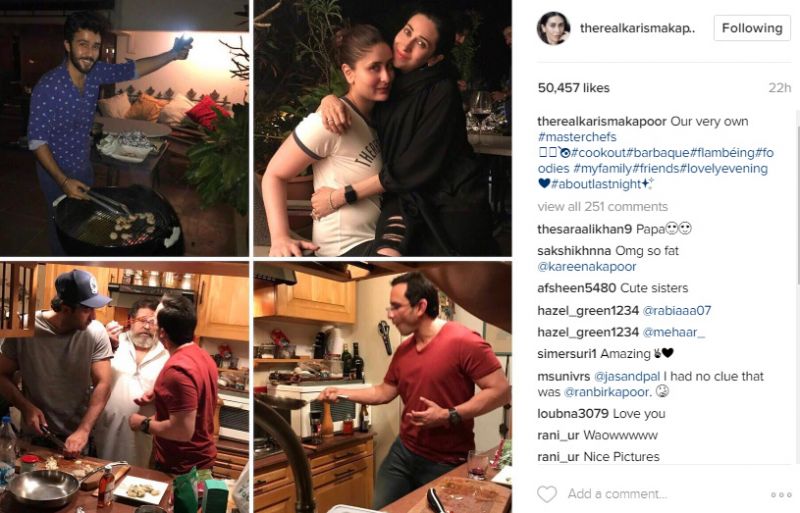 The Kapoors are known for their lavish celebrations, like the recent birthday bash of Randhir Kapoor, but these pictures show that they can also spend quieter evenings together.