Pics: Sanjay Dutt and family go on a scooter ride, daughter Trishala pines for them!

Mumbai: Sanjay Dutt, who has recently started shooting for his comeback film ‘Bhoomi’ in Agra, seems to be having a gala time with his family. Sanju Baba’s wife, Maanyata Dutt, has posted a highly adorable picture of their family of four- Sanjay, son Shahraan, daughter Iqra and her- riding on a scooter in the busy streets of Agra city.

Appreciating the simple joys of life, Maanyata captioned her Instagram post: Nothing compares to a simple ride on a scooter with the family.... exploring the lanes of agra.. 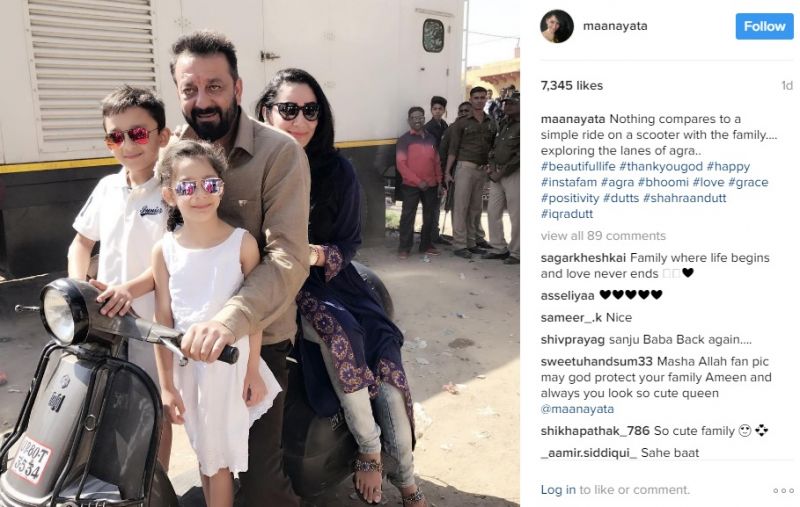 If this was not enough to moisten your eyes, what followed her post is all the more sweet and stands testament to the fact that Trishala and Maanayata are just like any other mother-daughter duo- pining for each other’s love and attention!

Trishala commented on the picture with a kiss emoji, to which her mother commented: Miss you honey. The eldest daughter of Munnabhai was quick to proclaim her love, saying: I miss you too.

Once known for being Sanjay Dutt’s daughter (her Twitter bio read that), Trishala now calls herself the daughter of her father and Maanayata. How sweet is that! 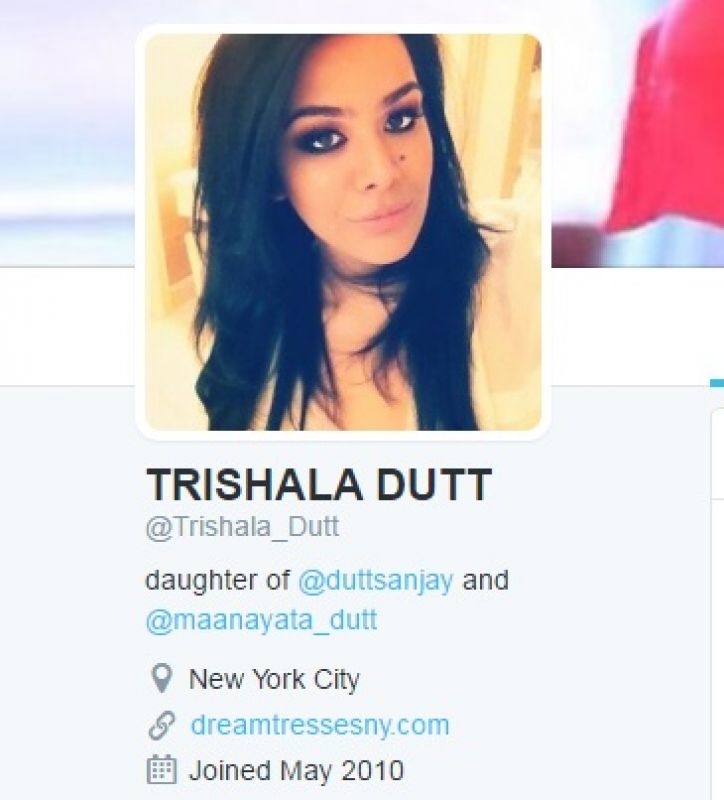 Meanwhile, the actor is currently shooting for revenge drama ‘Bhoomi’ which revolves around the life of a father and his teenage daughter. Directed by Omung Kumar, Aditi Rao Hydari is playing the role of his daughter in the movie. Television star Sharad Kelkar and seasoned actor Shekhar Suman will also be seen in pivotal roles.