Mumbai: While Aamir Khan’s sports drama ‘Jo Jeeta Wohi Sikandar’ was a success at the box-office, the film is also remembered for the song ‘Pehla Nasha’ which even people from this generation are fond of. And one interesting trivia about the film is that Farah Khan had made her debut as a choreographer in the film.

At that time no one would’ve imagined that she would go on to do several other popular songs with the biggest names in the industry and also become a reality show judge, actor and director. The film revolved around the cycling competition in school and Farah shared on Instagram a black and white picture from the sets of the film with Aamir Khan (bottom row, extreme right) and others dressed in their cycling gear with Farah seemingly seated to the right of Aamir, with the sunglasses on. 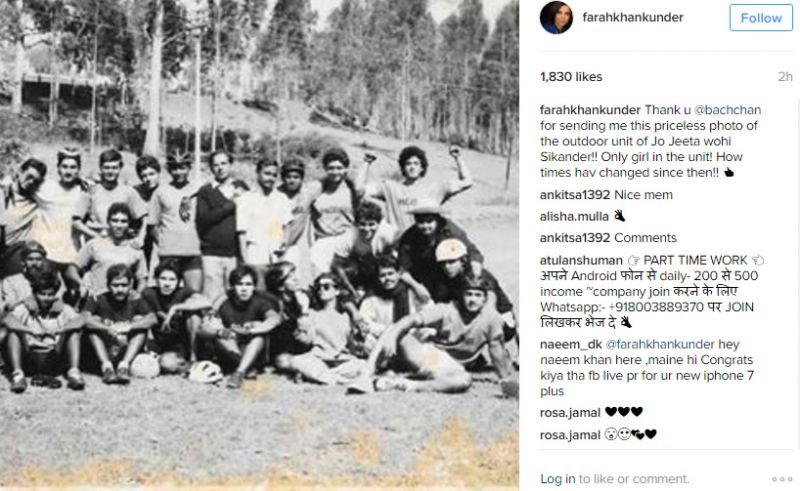 Farah also stated that it was Abhishek Bachchan who had sent her the picture. We wonder how Abhishek got hold of it.

Ajay not to be part of Adipurush