Mumbai: The first look of the highly anticipated 'Dear Zindagi' is here and the excitement of watching two powerhouse performers on-screne has multiplied manifold.

The still has the characteristically bubbly Alia looking her cheerful self alongside a bearded Shah Rukh Khan, presumably playing his age, both on their respective bicycles. 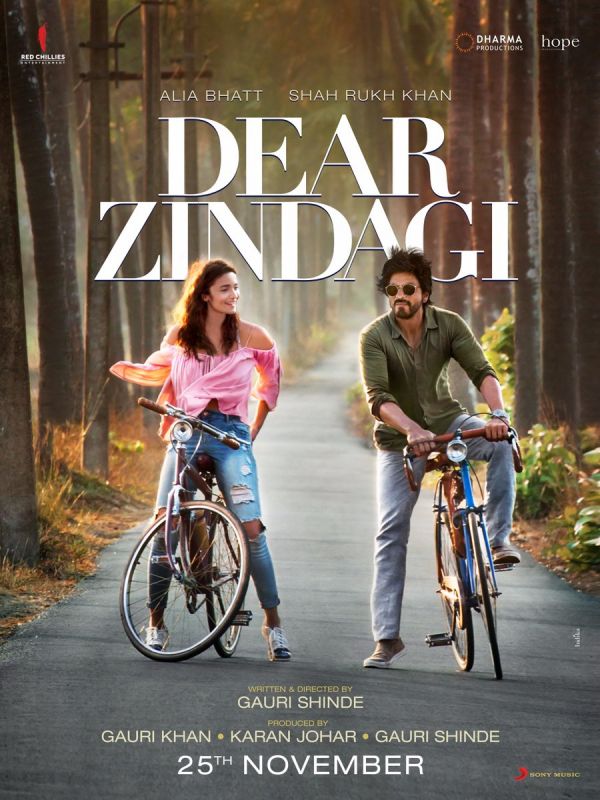 The film, slated for a November 25, 2016 release, had earlier been mired in controversy, owing to the involvement of Pakistani actor Ali Zafar in the cast.

Co-produced by Karan Johar's Dharma Productions whose own 'Ae Dil Hai Mushkil' is at the zenith of the tension between political parties vying for a blanket ban on films involving Pakistani artistes and the film fraternity, the film has reportedly done away with Zafar's portions in the trailer.

SRK and Alia had earlier taken to social media to tease fans on the generic theme and mood of the film, with their own take on the proverbial 'Monday Blues'.

The first look being as vibrant and delightfully colourful as it is, the interest surrounding the trailer has also been piqued.