Anurag Kashyap has pushed it too far, this time round.

Mumbai: Anurag Kashyap has done it again, and this time, he's gone too far.

The director had riled up a majority of the generic sentiment pertaining to prevalent Indo-Pak tension, by unsolicitedly coming out in support of fellow filmmaker Karan Johar, and then in startling escalation, tagging Narendra Modi in his tweets, questioning him on why he hadn't issued an apology for his Pak visit back in December, 2015.

The tweets fetched him immense flak but that didn't make the filmmaker apologise.

He had also tweeted asking the media to refrain from trying to contact him.

However, a female journalist tried to get in touch with him on his phone.

Anurag, who was unwarrantedly rude towards the relatively polite journalist, categorically refused to do an interview with her.

But, not one to end it there, the filmmaker, unabashedly proceeded to reveal contact details of the journalist on his Facebook feed, by posting a screenshot of the conversation along with her contact details. 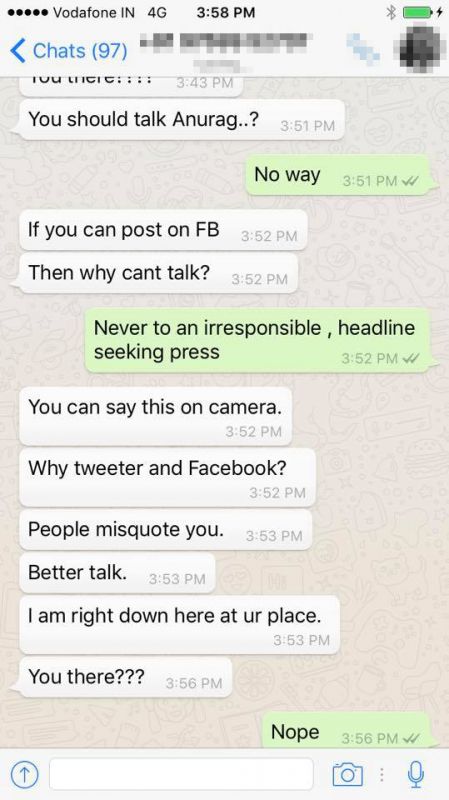 He then also went on to condescend and slander the journalist, who incidentally, was just doing her job. 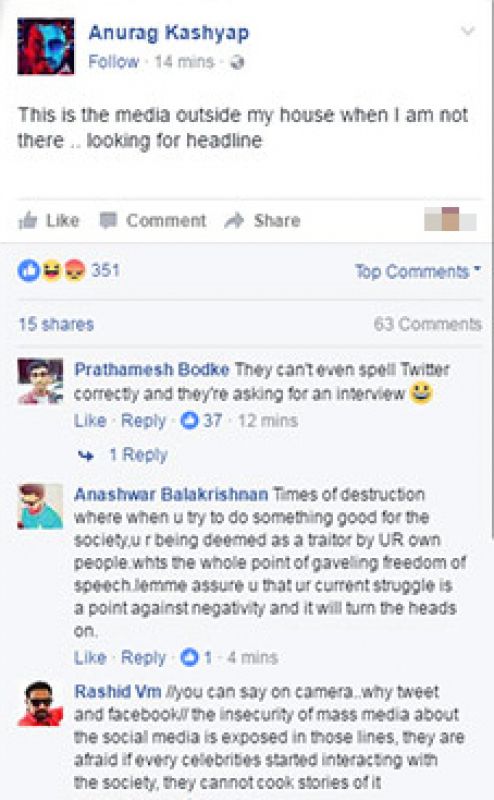 Though the filmmaker pulled his posts down later on, the damage had already been done.

He also tried to clarify his stance on the issue through an elaborate post on his Facebook page, but the post barely made any difference to the already fuming netizens. 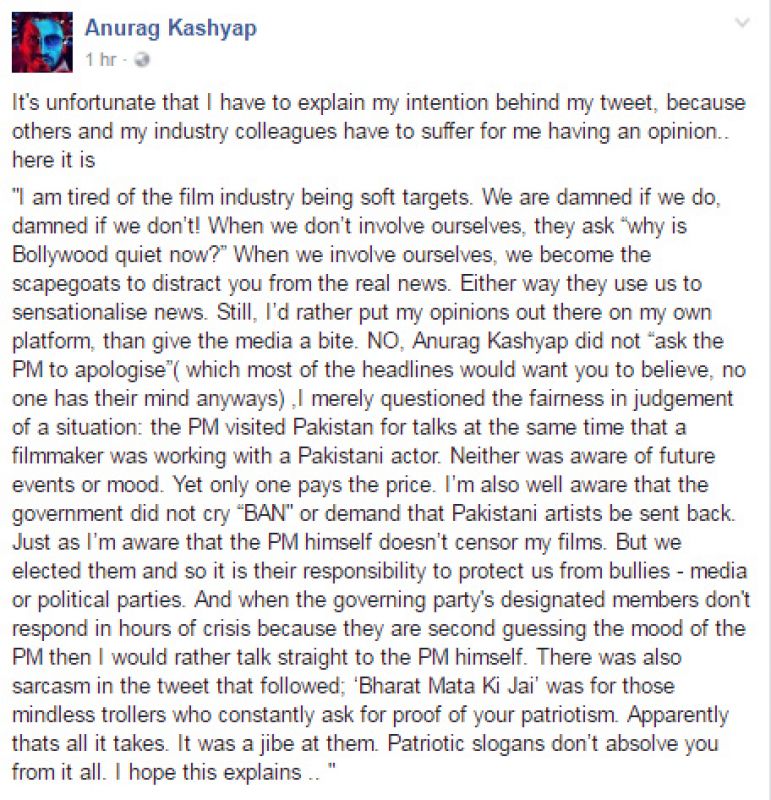 One thing that the entire charade has ensured is the filmmaker being alienated from a nation boiling in anger against incessant terror attacks aimed at the country.