Priyanka Chopra on the Emmy Awards red carpet and while presenting an award with Anthony Anderson. (Photos: AP)

Los Angeles: 'Quantico' star Priyanka Chopra presented an award at the 69th Emmy Awards 2017 held in Los Angeles and her red carpet appearance was nothing less than a "fairytale."

Wearing her hair in a sleek ponytail and deep berry lips, Priyanka made heads turn this time around too. 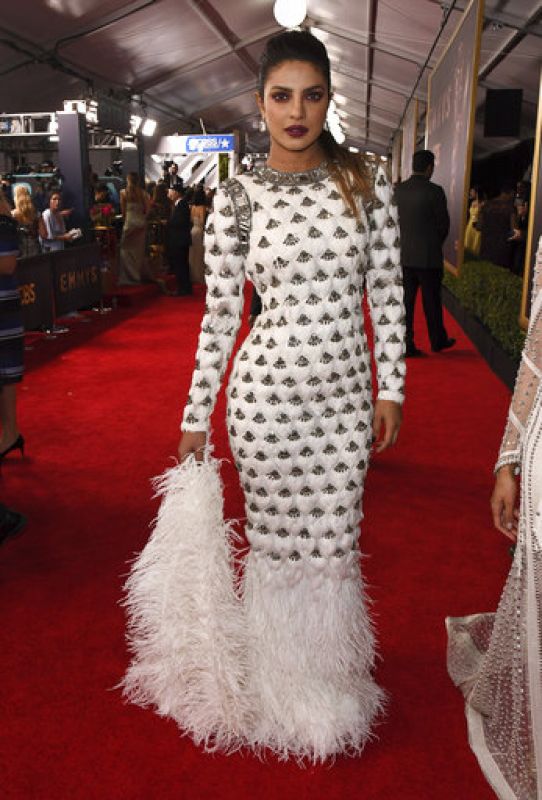 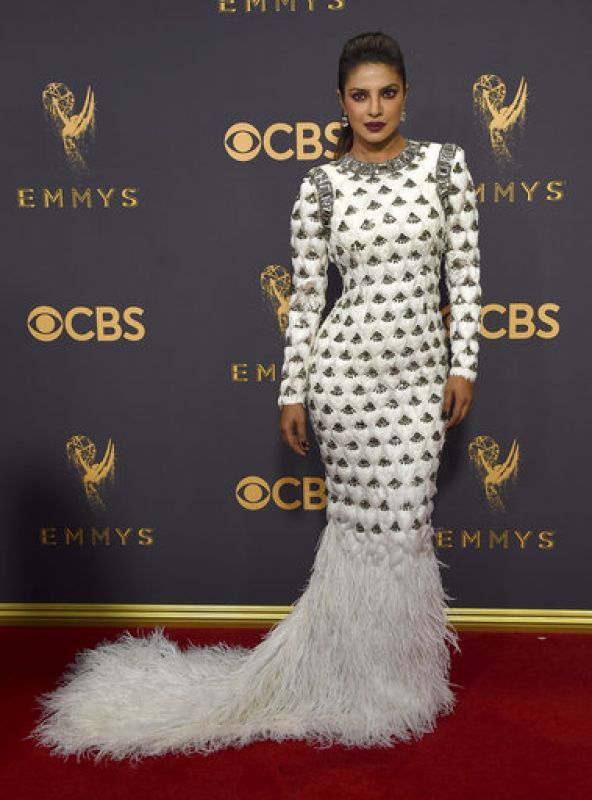 She arrived on the stage with Anthony Anderson to give away the award for Outstanding Variety Talk Series to John Oliver for 'Last Week Tonight with John Oliver.' 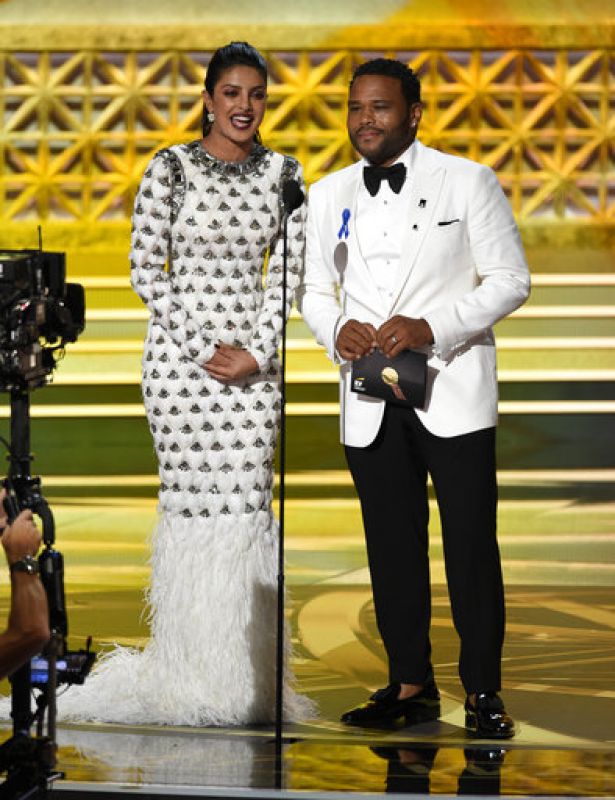 This is the second time Priyanka has presented an award at the Emmys. In 2016, she presented the award for Outstanding Directing for a Limited Series, Movie, or Dramatic Special award to 'The Night Manager' director Susanne Bier.