Mumbai: After Salman Khan posted a video of a specially-abed fan painting his portrait, Hollywood star Sylvester Stallone took notice of the video and was all praises for it.

The video shows the girl painting the portrait of her favourite star while holding the brush between her toes as 'Teri Chunariya' from Salman's 'Hello Brother' film plays in the background.

Touched by the girl gesture, Salman captioned the video as "God bless... can't reciprocate the love but prayers and much love !!!"

A few hours after the video was shared The 'Escape Plan' actor commented on the video and wrote, "That is love and devotion, Sly." 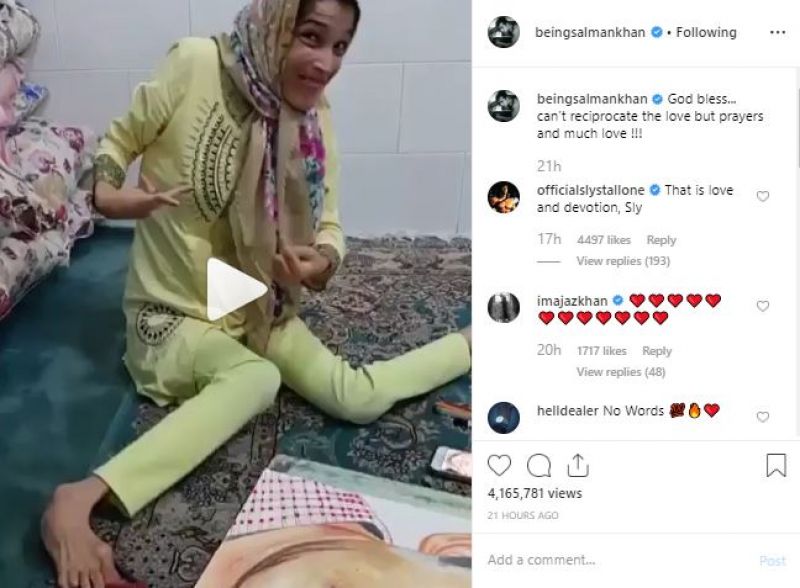 Last seen in 'Bharat' that hit a double century at the box office, Salman will next be seen in Sanjay Leela Bhansali film 'Inshallah' alongside Alia Bhatt.

Shakuntala Devi review: A feminist in a sexist setting