Salman Khan misses his flight, gets into a heated argument with airport authorities

Seems like Salman Khan and controversies go hand in hand.

Mumbai: Seems like Salman Khan and controversies go hand in hand. After his rape comment controversy, the actor is yet again in the midst of another smoky dispute. On Monday (July 18), the actor got into a heated argument with the airport authorities after the actor missed his flight to Delhi.

Salman Khan was supposed to fly off to Delhi from Mumbai with Vistara Airlines but the actor reached airport 15 minutes late due to which he was not allowed to board the plane. This left the actor feeling irritated, who then tried to reason with the airport authorities and asked them to let him board the flight. But rules being rules, Salman was no exception and the actor was not allowed to take the flight.

However, in the middle of the argument, Salman burst into laughter as the entire incident felt too comical to him. Apparently, this isn’t the first time that the ‘Dabangg’ actor missed his flight while travelling with Vistara Airlines and such incident has happened before, too.

Moving on, the actor then boarded Jet Airways' next flight to Delhi, leaving the entire drama behind him. 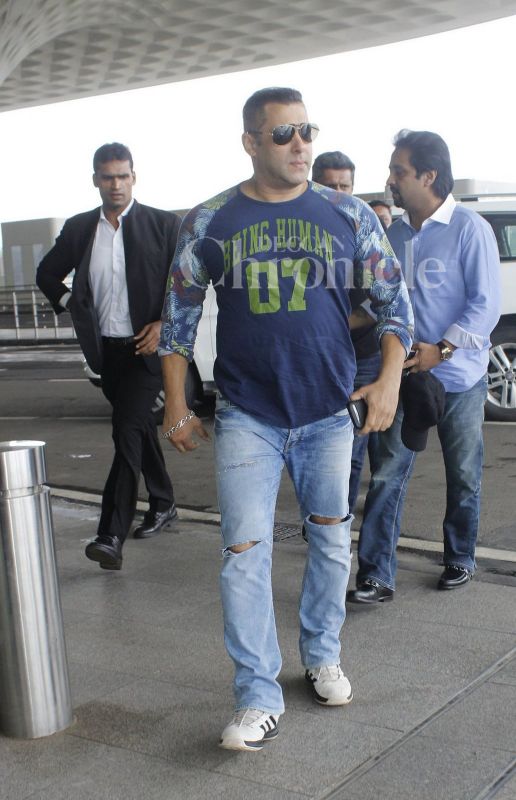 ■Salman Khan and Katrina Kaif’s Facebook interaction is too cute to miss
■Watch: There is a lot of family pressure to get married, says Salman Khan